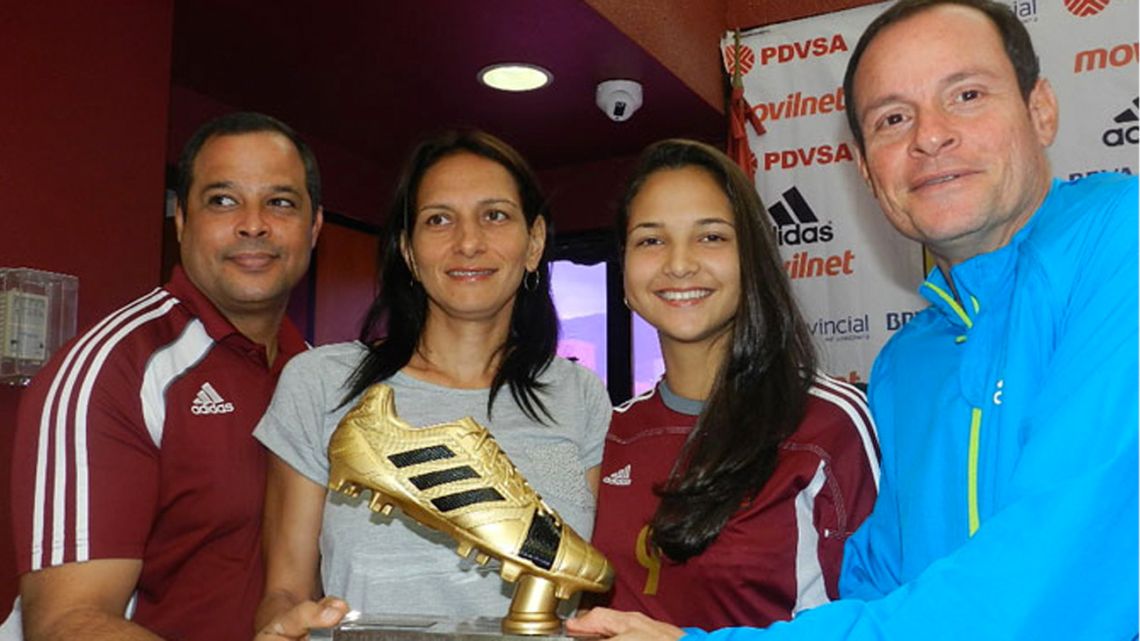 Twenty-four of Venezuela’s top footballers, including Atlético Madrid striker Deyna Castellanos, on Tuesday denounced what they called sexual abuse by their former coach Kenneth Zseremeta, which they called ” monster “in a statement posted on social networks.

“Last year, one of our teammates confessed to us that she had been sexually abused since the age of 14 by the coach,” said the statement, signed by 24 players and posted on social networks by Castellanos, who was among the top three players. in the world in 2017.

They did not identify the victim, who said the abuse began in 2014.

“We have decided to break the silence to prevent physical, psychological and sexual abuse and harassment by football coach Kenneth Zseremeta from causing further casualties in women’s football and soccer,” the statement said.

He said after the first player’s revelations, “various teammates spoke of experiences of harassment, of abnormal questions and invitations, of blackmail to stay in the squad. [national team], requests for gifts out of context, massages and more. “

The players claimed that some of the coaching staff had allowed the abuse and said “many of us are still suffering from trauma and mental injury.”

Born in Panama, Zseremeta led several Venezuelan national teams from 2008 to 2017, winning the South American Under-17 title twice and qualifying the age category three times for the Worlds, with two semi-finalists in 2013 and 2016.

He was sacked in 2017 after claiming his players suffered from malnutrition as Venezuela faced a food shortage following an economic and financial crisis.

After leaving Venezuela, he worked in the Dominican Republic and Panama.

The players called on “all those concerned – FIFA, confederations, federations and leagues – not to allow this” coach “to continue his life in women’s football”.

Brazil only has one eye on qualifying for the World Championship