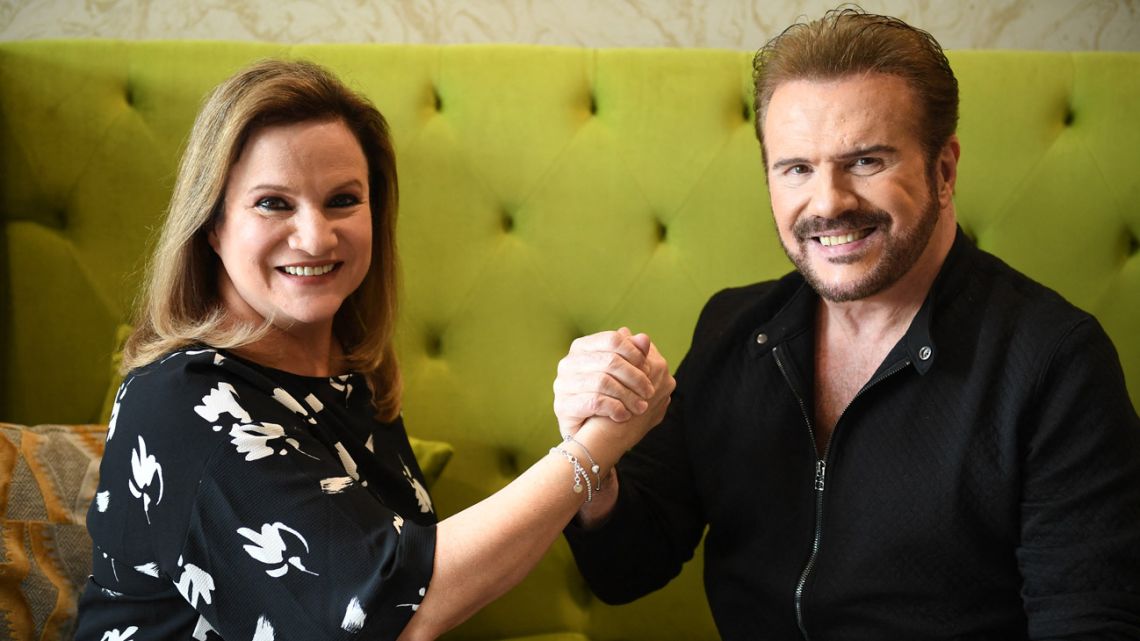 Pimpinela rocked the music scene with the theatrical “sung duels” of the 1980s. Four decades later, siblings Lucía and Joaquín Galán aren’t even thinking of retiring: “We’re continuing with the same intensity as the first. day.

The Argentine duo have embarked on a tour of the United States to commemorate their 40th birthday after months of separation due to the Covid-19 pandemic.

“This is a significant figure,” Lucía, 60, told AFP in an interview at her hotel after a concert in Los Angeles.

“For us [onstage] presentation is very important. Our proposal, combining theater and music, is a concept ready to be performed live, ”she adds.

Pimpinela rose to fame with the unmissable ‘Olvídame y pega la vuelta‘at the beginning of the 1980s. At the insistence of their mother, Joaquín, already a musician, composed a song to be sung with his sister, who moved in theater circles.

“When I got home from class he was playing guitar and I started singing over the top: ‘¿Quiénes? / Soy yo / ¿Qué vienes a buscar? / A ti, ‘whereupon we said,’ Hey wait, we’ve got something over there! ‘ Lucía tells of the powerful song sung by thousands of people and relaunched by celebrity couple Marc Anthony and Jennifer López in 2016, two years after their divorce.

“This song is magic. After all these years, it’s still the song they sing the most in Spain during karaoke, ”said Joaquín, 68, the duo’s composer.

“It was part of a streak, they started going out solo,” he says of the process behind the “canciones de pelea, as people called them.

BBut Pimpinela is more than that, claim the Galán siblings.

“We have songs dedicated to the family, against gender violence and against xenophobia and for same-sex marriage. We always see stories shared by many people in different places, ”says Lucía.

But in the effervescent musical market, Pimpinela decided to renew his repertoire while remaining faithful to his style.

“We arrange each song as if it were a three-minute mini-opera, our shows are more theatrical than musical,” explains Lucía.

“The music has changed radically, it’s another world, but we have adapted,” admits Joaquín.

In November 2019, the Galáns received a Latin Grammy for their career.

In March 2020, they created ‘Traición, ‘another theatrical song in which a middle-aged man reveals to his wife that he is betraying her but with a man and not a woman as she supposed.

“A lot of people are surprised by this facet,” comments Joaquín, himself surprised by the reaction. “If there’s one thing we haven’t been in our careers, it’s conservative, we’ve always sought to break down prejudices as a brother and sister by singing love songs.”

During the pandemic, they were separated as they mourned the death of their mother in January 2020.

“Living just four blocks from each other, we went nine months without seeing each other,” says Joaquín.

They’ve only met twice in their native Buenos Aires, once to start a song about the pandemic, ‘2020: el año en que detuvo el tiempo (the year time stood still) ”, while administering their charitable work in virtual form.

They will continue their tour of Latin America next year while recording a disc to commemorate their 40 years as guest artists.

The synchronization of the Galáns is notorious. There is a rhythm between them when they pose and when they speak.

When asked how she shares her professional and personal life with her only brother, Lucía laughs: “It’s intense, how much time do you have?

“It’s pretty good but yes, we have our rows and our days far from each other,” she confesses.

“But a joke or a conversation is enough to overcome the arguments. If we weren’t brother and sister, I don’t think we would have lasted 40 years.

The siblings, whose versatile musical tastes include reggaeton and trap, say they never considered a solo career.

“As Pimpinela we always feel the gratitude that we have done something different, that we have created our own style. Separately, we would have been two more, together we are one, ”says Joaquín.

“Never solo,” adds Lucía, immediately joining: “I wouldn’t have anyone to fight with!”