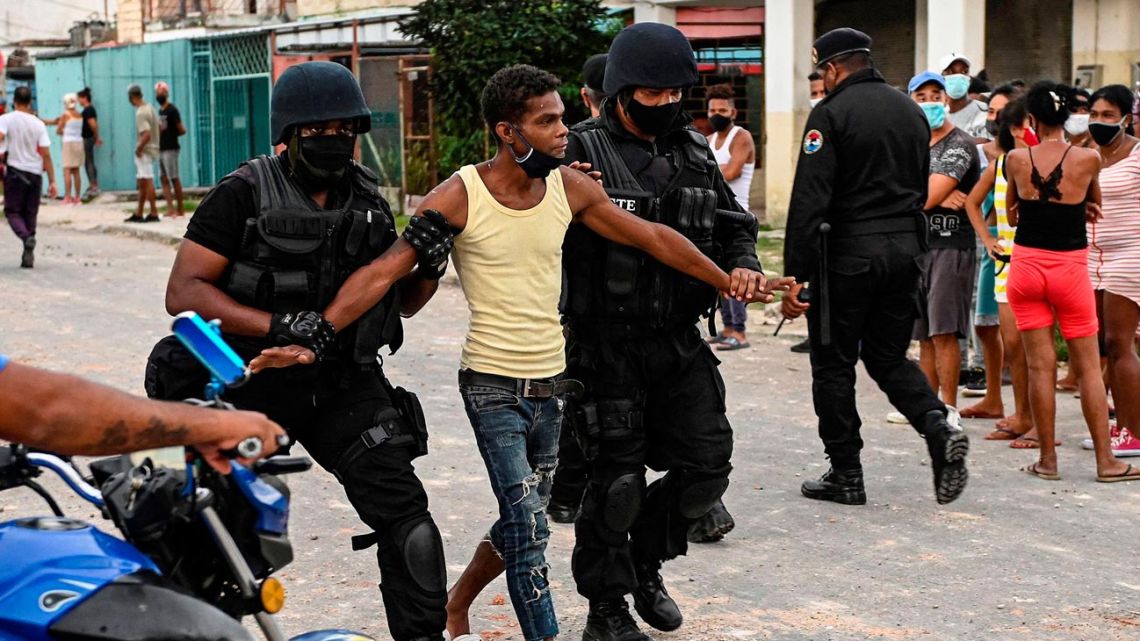 Cuba has seen its biggest street protests in decades as thousands demonstrate to demand freedom and food. The deepest economic crisis since the collapse of the Soviet Union, a spike in Covid-19 infections, blackouts and increased use of social media have all contributed to fan dissatisfaction with the Communist regime in 62 years old.

Economic downfall
The pandemic devastated the island’s economy. As tourism dried up, the economy shrank by 11% in 2020, according to Economy Minister Alejandro Gil, its deepest collapse since the early 1990s, when the collapse of communism in Europe. the East had deprived the nation of allies and trading partners. In response, the government this year ended many subsidies and eliminated the decades-old dual currency system. The changes were necessary but also triggered an “inflationary spiral”, according to the Cuban Ministry of Finance and Prices. Some economists estimate that inflation could exceed 400% this year.

Covid-19 epidemic
Cuba kept a lid on Covid-19 infections at the start of the pandemic and created two local vaccines. But the infection rate is now skyrocketing, even though the island of 11 million people administered 7.5 million doses. As of Sunday, the country reported 6,923 new cases of coronavirus and 47 deaths from Covid-19 – two daily records. President Miguel Díaz-Canel said on Monday that having so many people infected and isolated was hurting the economy by forcing the island to devote its limited electrical resources to hospitals and recovery centers.

Hungry walkers
Cuba imports many of its staples, and the cash-strapped administration struggles to keep shelves fully stocked. He recently limited the ability of people to exchange their Cuban pesos for dollars, one of the key pieces of January’s reform package, because the government needed money to finance imports. These problems, combined with the general economic slowdown and skyrocketing inflation, mean that many Cubans are not eating enough. Besides the chants of “Freedom” and “Down with Communism” that were heard over the weekend, one of the key messages was “We are hungry”.

Exodus
The economic slowdown is also accelerating emigration. As of May of FY2021, U.S. Customs and Border Patrol said they had arrested 23,066 Cubans – many more than the 14,015 they arrested in the previous fiscal year.

Power outages = blackout
Cubans are also enraged by the continued power cuts. Mines and Energy Minister Livan Arronte said on Monday that a combination of power plant outages, increased energy demand and fuel import issues due to US sanctions had leads to energy rationing. Venezuela, once a reliable Cuba ally with crude oil, has also not been able to provide much aid as it grapples with its own economic crisis.

Embargo and Twitter
For Cuban authorities, the protests have two main drivers: the 59-year-old US trade embargo and social media. The embargo was tightened in 2017, further compressing the Cuban economy and reducing the number of countries willing to do business with the island. The regime also claims that the United States has manipulated Cubans through social media into joining the protests. The number of Cubans with access to social media has increased in recent years. On Monday, the government appeared to restrict access to some sites, including Facebook, Twitter and WhatsApp.