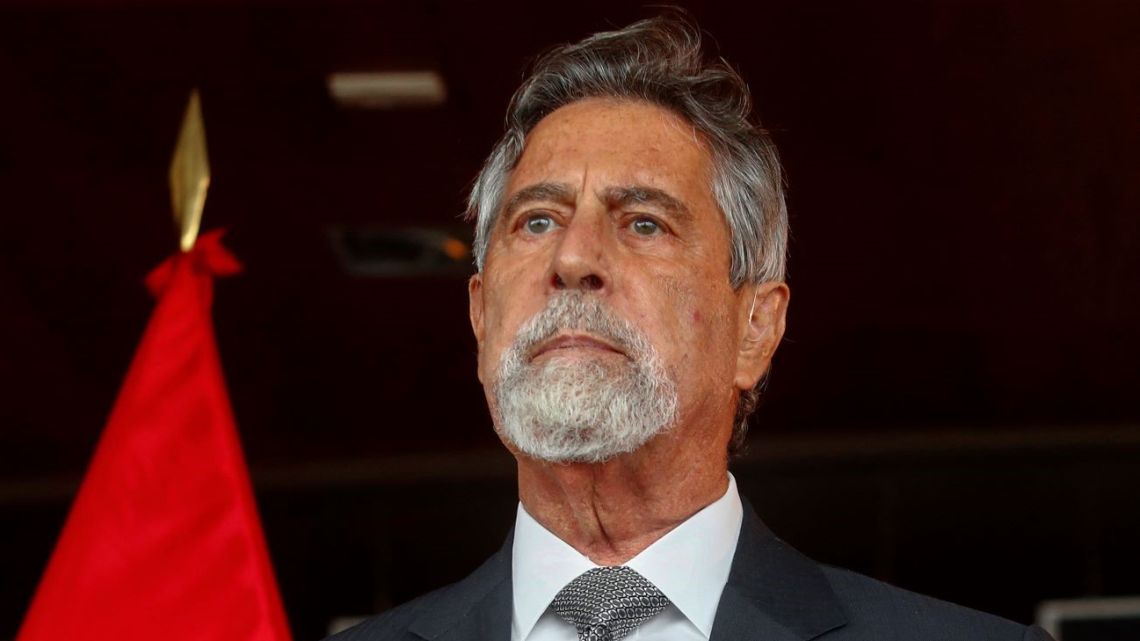 Interim Peruvian President Francisco Sagasti on Friday denounced retired members of the armed forces who called on the military to prevent left-wing candidate Pedro Castillo from assuming the presidency.

Trade unionist Castillo is expected to be declared the winner of the June 6 presidential runoff when the final results are finally released.

An unofficial tally allowed him to beat right-wing populist Keiko Fujimori – who claims the election was tainted with fraud and called for it to be quashed – by around 44,000 votes.

On Thursday, hundreds of retirees from the armed forces signed a letter denouncing “fraud” and asking the military high command to prevent Castillo from being proclaimed president by the national elections jury (JNE) in an “illegal and illegitimate” manner.

“It is unacceptable (…) that a group of retired armed forces tries to incite the high command of the army, navy and air to violate the rule of law,” said Sagasti .

“In a democracy, the armed forces are not one-sided, they are absolutely neutral and scrupulously respect the constitution,” added Sagasti, who is due to hand over the reins on July 28.

The letter was delivered to the combined high command headquarters in the capital Lima.

A similar letter signed by 64 retired generals and admirals – expressing their opposition to an electoral victory for Castillo – was published on Monday.

The JNE is still facing the challenges of the results brought mainly by the Fujimori campaign.

Sagasti said he had asked Defense Minister Nuria Esparch to send the letters to the Attorney General’s office “to conduct the necessary investigations to determine whether there had been any behavior potentially prejudicial to constitutional order and to establish the responsibles”.

Fujimori cried foul for the first time after Castillo beat her in the official vote count. At first, she had been in the lead.

The daughter of disgraced and authoritarian former president Alberto Fujimori has much of her base of support in the big cities, where the count is faster, while Castillo’s stronghold is the countryside.

Observers for the Organization of American States called the election “clean” and free from “serious irregularities.”

Three days before the elections, the armed forces urged Peruvians to “respect” the results.