María Eugenia Vidal has officially declared her candidacy for the post of deputy in the city of Buenos Aires, saying she wants to “defend the Argentines from the abuse of power”.

Speaking at an event in Palermo last weekend, the governor of the province of Buenos Aires confirmed that she would run for Congress in the capital, formalizing her stint from the district she ruled between 2015 and 2019.

Presenting her case, the 47-year-old accused Kirchnerism of offering “more storytelling than answers” to the problems.

Accepting and launching her candidacy, Vidal said that in addition to “defending Argentines from abuse of power and improvisation”, she also wanted to go to Congress for the opposition coalition to “build again. the word future “.

“Juntos por el Cambio can be broad and diverse but we are all united behind the same values ​​that have brought us here and the same convictions to continue to defend the people but also to have learned new lessons”, declared the person in charge of the party PRO.

Although identified with a moderate wing at odds with the more hawkish line represented by Mauricio Macri, Vidal went out of his way to congratulate the former president in his speech, declaring: “He started this path as a statesman who is today [mainly] in the city and this is the state we want for all of Argentina. “

“In this election, the future of Argentines is at stake. I want to be a deputy to raise my voice when they advance against our freedoms, our democracy, our Constitution and our values”, commented the ex-governor, adding: “I never speculated or researched further.
The PRO executive also sought to explain her decision to run in the City, rather than her old district.

“I am not competing in the province of Buenos Aires because I want others to grow there. My commitment and respect for this province will never change. When this election is over, it will be championed by many other leaders, except me.”

Vidal was accompanied at the rally by Patricia Bullrich, who chairs the PRO party, city mayor Horacio Rodríguez Larreta, senator Martín Lousteau and Coalición Cívica-ARI leader Maximiliano Ferraro, among other prominent figures from Juntos por el Cambio based in the federal capital.

For some analysts, the rally was seen as a photo op to show a united Juntos por el Cambio in the city, after sparks forced Bullrich to step down from his mid-term candidacy.

“It reflects the unity that we have in this City. We do not all think in the same way but we have values ​​that unite us. We discuss public policy and that enriches it”, said Rodríguez Larreta, stressing that the opposition coalition has “the vocation to keep adding other perspectives.”

The mayor of the city also paid tribute to Bullrich’s “grand gesture” by abandoning the electoral race in the city.

“There is something that should not be overlooked – this is the first time since 1983 that we have managed to maintain opposition to a united Peronist government while defending the institutions,” Rodríguez Larreta stressed, adding. “The grita The breakup was good business for the politicians but unnecessary for the people. I am convinced that we will have a great national election with these values. “

For his part, Bullrich placed the country “at a turning point between a decadent past and a thirst for progress”, adding: “This turning point imposes a huge responsibility on us because we have been chosen as an alternative”.

“This list of [candidates for] national deputy has two fundamental elements: the republican resistance, like our [Congress] the caucus showed and pressed the accelerator towards hope and protection of a country with more private than public employment where the law prevails and which is tough on endemic crime, and which turns into social plans to give families a life project and progress instead, “she said, predicting:” We will have a great election because the people hope to return to progress.

Finally, Lousteau called for building “a larger and better Juntos por el Cambio with new voices and more management capabilities. We are working to provide the best electoral options everywhere.” 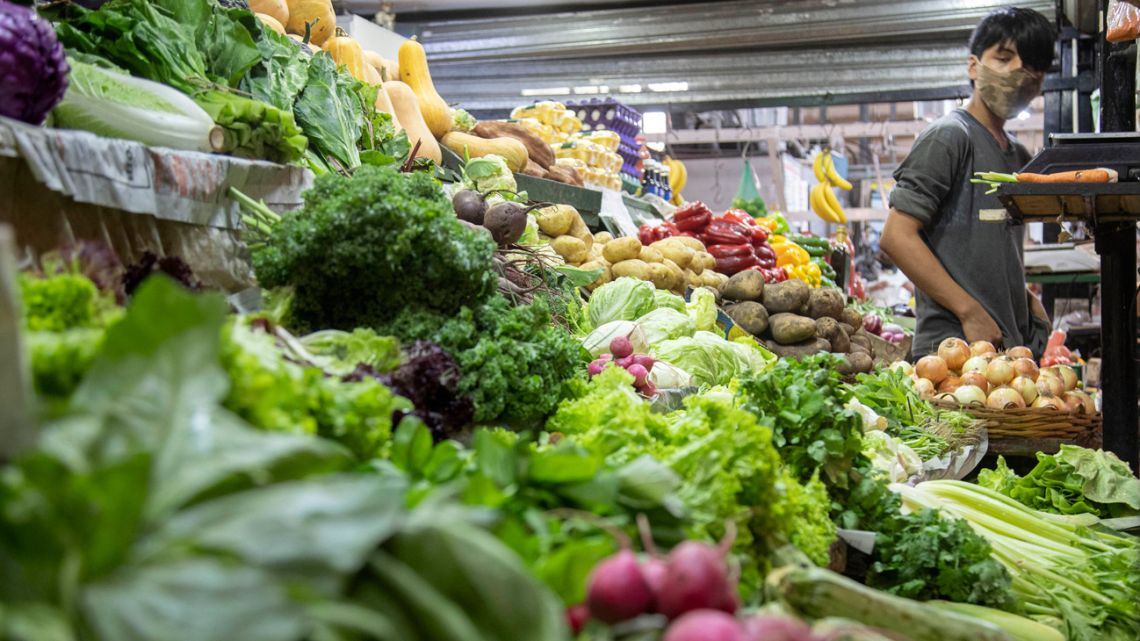