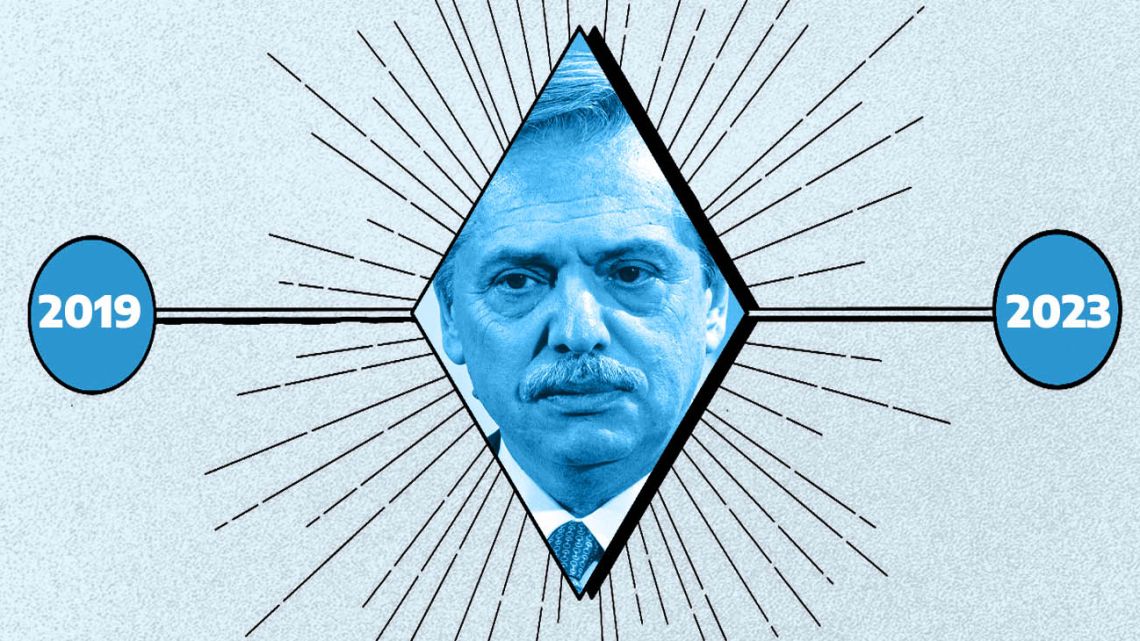 Buenos Aires Hours | One month (and two years) to go

The day of Peronist loyalty tomorrow was not always a festive time for the movement – the 10th anniversary came the month after the overthrow of its first government, the 30th with the presidency of Isabel Perón in free fall, the 40th just before a sweeping mid-term victory and the 70th on the eve of a traumatic defeat in the legislative elections (including the new Minister of Security Aníbal Fernández who lost the stronghold of the province of Buenos Aires), among other examples – but this year may well end among the darkest.

If the challenge and response theory was Arnold Toynbee’s explanation for the rise and fall of civilizations and therefore governments, the Frente de Todos coalition is failing to find new answers now that reality begins. finally to bite. Probably a mission impossible in the best of circumstances to solve deeply ingrained problems almost in real time, but the improvised and often self-destructive rehashing of repeatedly failed ideas can only confirm negative trends instead of pushing the electorate out of the crowd. this word “yes” on which a government of yes men now bases its electoral propaganda.

If inflation and crime are the main problems for voters today (as President Alberto Fernández has been able to see instantly in any opinion poll without the need to take careful notes in online conversations. face to face with citizens), last week brought bad news on both fronts – the accelerating 3.5% inflation rate posted for September by the INDEC statistics office on Thursday and three murders in violent robberies in Greater Buenos Aires on Wednesday (more than six times the daily average of last year) regardless of the continued carnage in Rosario.

In response to inflation, the brand new Internal Trade Secretary, Roberto Feletti, began freezing the prices of more than 1,200 “essentials” (excluding champagne) until the second week of 2022. Critics point to the historic failure. price controls over four millennia, but you don’t have to look very far to understand the futility of its initiative – this government has explored several barriers in less than two years, including not only more than a dozen programs to tame food prices, but also utilities froze billing and transportation costs, as well as a suppressed exchange rate amid the printing of several trillion pesos. Despite this, there is all the danger that this year’s inflation will hit the 53.8% dooming Mauricio Macri in 2019 (the highest figure of this century).

Basically, price controls to stop inflation stumble because they are based on the fallacy of inflation being synonymous with rising prices. Anyone who grew up in Britain in the latter half of the 20th century is likely to have encountered people born in the late Victorian era who would, without too much exaggeration, lament the good old days when one could eat in a good restaurant, get drunk to death and buy a new costume for a shilling that no longer exists when the classic line of American victims of the Great Depression from 1929 was, “Brother, can you spare a dime?” – comparing that with current price levels in these countries, the percentage increases are astronomical and yet inflation is not seen as a problem there. Many prices are seasonal or cyclical – paying more for strawberries in winter or gasoline at certain times is not inflation. A more precise definition of this word relates mainly to the size of the money supply in relation to a nation’s productivity and monetary reserves, but also to the disarray of relative prices. Yet inflation also cannot be understood as a purely monetary phenomenon because the Macri government froze the money supply, only to end up with the aforementioned inflation of 53.8 percent. All of this doesn’t solve anything, but the first step towards solving a problem is to understand it.

Not only are policies flawed, but also communication. Extending the benefit of the doubt to Security Minister Fernández, he may have only pointed out to cartoonist Nik the inconsistency in criticizing the government’s electoral coup of organizing free graduation trips while sending himself his children in a state-subsidized school (where he was wrong) but he chose the worst possible mafia message to express himself and in any case why does he criminalize the critics of the government instead murderous thugs from Rosario and Greater Buenos Aires? New corn regulations to confirm grain stocks and shipping dates emerged as another drag on exports besides beef when they were fairly common precautions against speculation.

The coming month will be quite trying and then what?