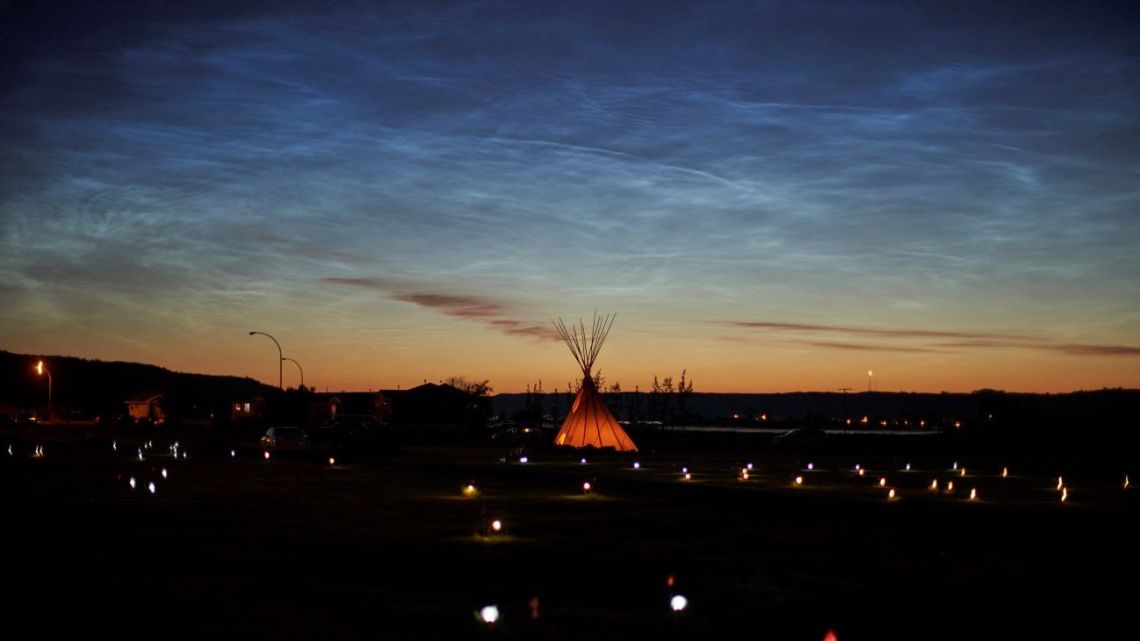 Another 182 anonymous graves were discovered at a third former Indigenous residential school in Canada as two Catholic churches caught fire on Wednesday, anger mounting over the escalating abuse scandal.

The Lower Kootenay Band said experts using ground penetrating radar mapping located what are believed to be the remains of students aged seven to 15 at the former St Eugene Mission School near Cranbrook , in British Columbia.

Some of the graves are as shallow as 1 to 1.2 meters, he said. These are believed to be the remains of band members from the Ktunaxa Nation, which includes the Lower Kootenay, and neighboring Indigenous communities.

The Catholic Church operated the school on behalf of the federal government from 1912 until the early 1970s.

This grim development follows the discovery of the remains of 215 children in anonymous graves at the former Kamloops Indian Residential School in British Columbia in May and another 751 anonymous graves at another school in Marieval, SK last week. .

During a press conference, Prime Minister Justin Trudeau said these “horrific discoveries” have forced Canadians “to reflect on the historical and current injustices that indigenous peoples have faced.”

He urged everyone to participate in reconciliation, while denouncing vandalism and arson of churches across the country.

“The destruction of places of worship is not acceptable, and it must stop,” he said. “We must work together to right the wrongs of the past. Everyone has a role to play.”

Early in the morning, two churches caught fire amid growing calls for a papal apology for abuse at Canada’s residential schools.

Police say the fires at Morinville Church north of Edmonton, Alta., And St. Kateri Tekakwitha Church in the Sipekne’katik First Nation near Halifax, Nova Scotia are the subject of fire. investigated as a possible arson.

“We are investigating as a suspect,” Royal Canadian Mounted Police Corporal Sheldon Robb told AFP, speaking of the fire that ravaged the Morinville church.

The fires have brought to eight the number of churches across Canada destroyed or damaged by suspicious fires, most in Indigenous communities, in recent days.

Several others were vandalized, especially with red paint.

No direct link has been officially established between the burning of the church and the discovery of the anonymous graves.

But speculation is rampant, amid intense anger and sadness sparked by the funeral finds.

“We absolutely recognize the profound effect the unmarked tomb finds have had on First Nations people, and investigators will keep that in mind,” Marshall said.

The damaged churches were built a century ago, coinciding with the opening of 139 residential schools set up to assimilate Indigenous peoples into the Canadian mainstream.

Until the 1990s, some 150,000 Indian, Inuit and Métis youth were forcibly enrolled in schools, where students were physically and sexually assaulted by principals and teachers who stripped them of their culture and language.

More than 4,000 have died of illness and neglect in schools, according to a commission of inquiry which concluded that Canada had committed “cultural genocide.”

Trudeau last Friday apologized for “harmful government policies” and joined a chorus of appeals from Indigenous leaders to Pope Francis to do the same for the abuse in schools.

The flag atop Parliament has been lowered to commemorate the deaths of the students and will remain at half mast for Canada’s National Day on July 1, he said on Wednesday.

Assembly of First Nations National Chief Perry Bellegarde said that “every site (grave) needs to be properly investigated. Further searches for burial sites have been launched or are planned.

He also renewed his appeals to the Pope to apologize on Canadian soil directly to former students, called residential school survivors in Canada.

Their experiences, he said, caused “an intergenerational trauma that is felt to this day.”

He added that it was important that the Pope “speak directly to survivors here” in order to create “healing and reconciliation”.

The Federation of Sovereign Indigenous Nations (FSIN), which represents 74 tribes in Saskatchewan, noted that the church has yet to deliver on its pledge to provide C $ 25 million (US $ 20 million) in compensation to former students. .

So far, the church has collected and donated a paltry sum of C $ 34,650, she said in a statement.

“It is shameful that Catholics are raising millions to build multiple multi-million dollar cathedrals and only raising $ 34,650 or $ 0.30 per survivor,” FSIN said in a statement.