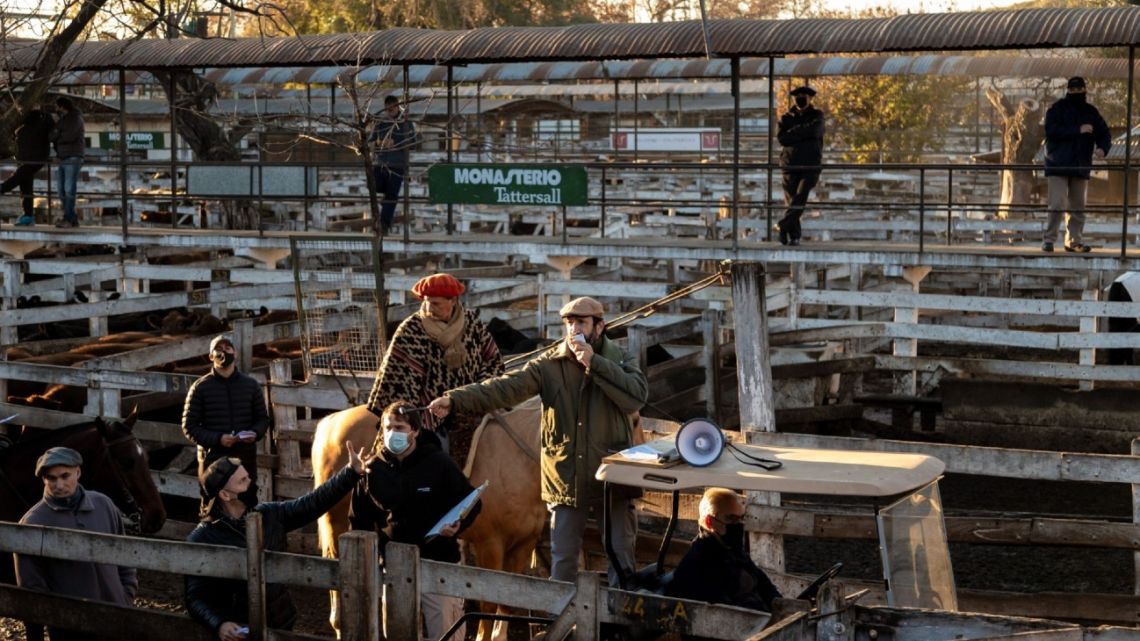 Herders, livestock traders and the gauchos, emblematic figures of a country where grilling beef has long been a sacred ritual, are expelled from Buenos Aires.

At the end of December, the Mercado de Liniers, a vast open-air cattle market built in 1901, is set to hold its last auction in front of what will certainly be a tearful crowd. A brand new facility, erected on the windswept pampas southwest of the city, will replace it, marking the end of an era. “It’s all very moving,” says Ismael Frechero, a cattle buyer who has been roaming the Liniers pens for five decades.

In fairness, the time for the market in the city was over.

Between the huge compost heaps and the heart-wrenching incidents triggered by cattle trucks plying the narrow streets, tensions with city dwellers have mounted. They came to a boil one recent evening, when a starving crowd forced a driver to let out a cow and proceeded to slaughter it on the spot in the street.

“We ended up in a place that we weren’t meant to be,” says Pablo Blasco, a 45-year-old livestock broker.

Liniers was never supposed to be in Buenos Aires. At the time of construction it was well outside the city limits. But the urban sprawl soon engulfed it.

Calls for closure first surfaced in the 1990s, starting a slow and winding process marred by setback after setback.

Officials who run the market hope the move to the town of Cañuelas will help revive business. Many pastoralists have started to make deals directly with slaughterhouses to avoid paying the exorbitant fees required to send their cattle to the city. Yet even today Liniers is the dominant livestock market in a country which, despite recent declines, remains both a major consumer and exporter of beef. Some 8,000 cows pass through its auction house on a typical day.

The new facility, a glittering monument of modern animal husbandry constructed at a cost of US $ 20 million, seems a world apart from the old.

At Liniers, the cattle enclosures were carved out of wood and the floors were made of beaten earth; in Cañuelas everything is made of steel and brick. At Liniers, transactions were scribbled on paper and pen; in Cañuelas, they will be digitally documented. There are even new safety instructions in Cañuelas for traders and gauchos on horseback: Out are the traditional cotton boina hats and soft alpargata slip-on shoes; helmets and heavy duty boots are strongly encouraged instead.

Frechero, 70, is preparing to move. “Imagine it: people came as boys, did their military service, went back to the market, got married while working here, and had families. But, he says, “we have to adapt.”