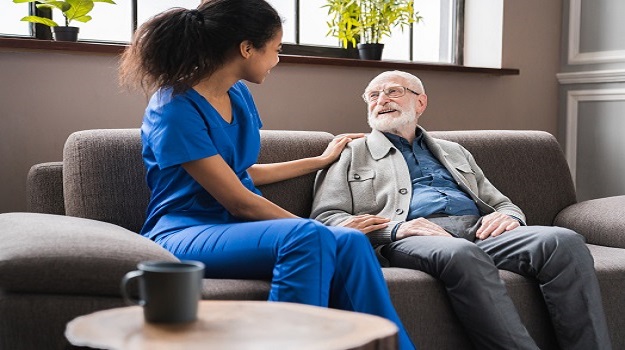 Bridging the translational gap between Alzheimer’s disease progress and patients

With some approved tests to diagnose Alzheimer’s disease and therapies to improve, halt or even reverse disease progression currently in late-stage clinical trials, the next hurdle is translating these advances into clinical practice. Unfortunately, it’s not as simple as it seems.

Consider Aduhelm (adacanumab), approved by the FDA last year, and lecanemab, currently under review by the FDA under the fast-track approval program, with a decision expected in early January. Both drugs were developed by Biogen to treat the underlying causes of Alzheimer’s disease.

“Both are associated with significant brain swelling and microhemorrhages,” said Neil Cashman, MD, CSO and co-founder of ProMIS Neurosciences in Toronto.

“When lecanamab treatment enters the ‘real world’ after its approval, it will require very careful patient monitoring – i.e. frequent MRI scans to monitor for ARIA – which will be costly and require a level of specialization and equipment that is usually only available in large medical centers. centers, severely limiting patient access,” he said. BioSpace.

ProMIS is also developing a therapeutic, PMN310, which is currently in preclinical studies. This experimental monoclonal antibody binds selectively to neurotoxic Aβ oligomers and aims to modify the course of the disease.

The Davos Alzheimer’s Collaborative strives to bring these therapies and diagnostics to patients through implementation science.

“Not giving someone an accurate diagnosis is tragic, and that’s one of the reasons we started the [DAC] in 2021,” said Phyllis Barkman Ferrell, health system program director and executive on loan from Eli Lilly & Company. “There are a ton of innovations available today.”

“Researchers often think they will publish their research in (a prestigious journal) and it will be read and implemented,” Ferrell said. BioSpace. “In reality, health systems are highly structured environments with many competing priorities. Physicians have real operational hurdles in how they manage their time and manage their practices, and those things have a lot of variability.

To identify specific challenges, “We are testing the implementation (of cognitive testing and diagnostics) in many different situations,” said Deanna Willis, MD, DAC principal investigator and acting chair of family medicine at the Indiana University.

These situations include multiple types of clinics, patient populations, and economic and geographic environments. Since innovations are introduced in an Agile sprint rather than a clinical study, feedback can occur continuously and lessons learned are shared and incorporated into subsequent iterations of the rollout.

No one translates scientific advances in Alzheimer’s disease diagnosis particularly well into routine patient care, Willis said. “Even with highly motivated staff and providers, the health system still has a lot to sort out.”

The beauty of the program is that it includes sites in high, low and medium resource countries. Good ideas emerge and are shared to suit a variety of situations.

For James Richardson, MD, MPH, chief of geriatric medicine at Ascension St. Agnes Hospital in Baltimore and assistant professor at the University of Maryland School of Medicine, doctors’ reluctance to recognize and diagnose dementia is the biggest obstacle.

“I attribute this reluctance to the lack of training regarding the multiple presentations these patients may have and the belief that physicians from other specialties should make the diagnosis,” he said. Biospace.

In the United States, “one of the biggest things on the primary care side is that routine early detection and cognitive assessment screening has not been endorsed by the U.S. Preventive Services Task Force,” said Willis said. Medicare wellness visits, however, ask for a basic cognitive assessment, so there are conflicting recommendations for physicians.

Having early information about dementia can be very helpful for patients and families by helping them understand what is coming and what they can do now to prepare. It also allows people with mild cognitive impairment to make lifestyle changes, improving their diet, exercise, sleep, and smoking status.

Lifestyle changes will not prevent the onset of Alzheimer’s disease. “If it happens, it happens,” Ferrell said, “but we know from studies at the Karolinska Institute, the Mayo Clinic, and other institutions that up to 40 percent of dementia cases could be avoided through lifestyle modification, which can make the brain more resilient.”

Today, the diagnosis of Alzheimer’s disease is generally made late, often in the emergency room.

“Almost half of people with Alzheimer’s disease are never diagnosed, and half of those who are diagnosed are in the severe phase,” Ferrell said. However, the pathology begins in the brain 10 to 20 years before the onset of symptoms. As with cancer or any other disease, there is more to do when the disease is diagnosed at an early stage.

One of these issues is personal conscience. “People don’t recognize (mild cognitive decline) or they cover up the symptoms for a while, so they can’t bring their concerns to their doctor,” Willis said.

Additionally, she noted that doctors who have a logical discussion with a patient may not realize that something is wrong.

“That’s why systematic, structured and regular reviews are so important. You can’t do it based on when your gut tells you to. It must be done routinely, with a structured, tested and validated tool.

As new tools are added, reimbursement is always an issue. In the United States, for Alzheimer’s disease, it means Medicare. Currently, the cost of early detection tools is not reimbursed, Ferrell said, although some CPT codes allow physicians to be reimbursed for their time administering the test and analyzing the results.

“The second step is an accurate diagnosis,” she continued. “There are FDA-approved diagnostics — including PET scans and blood tests — but none of these are paid for by Medicare.” The CDC is therefore working to develop a CPT code for physicians to be reimbursed for performing diagnostic procedures and interpreting their results.

The benefits of making cognitive screening a routine are legion. By making cognitive testing a standard part of a health exam that everyone receives at age 65, the stigma of having a cognitive assessment can be reduced. As Willis said, “The more we can integrate structured and validated assessments into daily practice, the better.”

The other benefit of routine cognitive screening relates to health equity.

“People of color are less likely to be diagnosed, and people who live with lower social determinants of health are at much higher risk for this disease,” Ferrell said. “For example, African Americans are twice as likely, and the Latino population is one and a half times more likely to develop Alzheimer’s disease.”

Therefore, performing dementia assessments for everyone at a certain age helps to ensure that everyone, regardless of ethnicity or geographic location, not only receives an assessment, but receives the same Evaluation. Therefore, if there is a problem, it is more likely to be diagnosed.

Physicians will also need to be integrated.

There is a nihilistic belief among some doctors that there is no reason to make the diagnosis because there is no cure for patients with dementia,” Richardson said. “A concerted educational effort, linked to new therapies, would help overcome these obstacles.”

These doctors believe the drugs only provide temporary symptomatic relief, said Michal Schnaider Beeri, director of the Joseph Sagol Center for Neuroscience Research at Sheba Medical Center and professor of psychiatry at the Icahn School of Medicine at Mount Sinai.

“Newer drugs that target brain amyloid plaque are more complex and have more side effects. The clinical trials were conducted with strict eligibility criteria and therefore were not necessarily tested on people with comorbidities…so once it (is used) in the wider community, we won’t know the effects for ordinary people. Doctors, therefore, may want more evidence.

The remaining question that the CAD tries to answer is how routine cognitive assessments can be integrated into physicians’ practices, especially with limited resources and competing priorities.

The solution is multifactorial. “It’s not just about training doctors or developing the right CPT codes, or educating patients about brain health,” Ferrell said, or even changing health policies. This requires an “all of the above” solution. As the DAC learns more about the challenges, it has the ability to begin tackling each one, based on real-world data.

“We expect full data from the first set of projects to be available in mid-2023. The second round of project grants will last a bit longer,” Ferrell said. The CAD also plans to launch new tenders in 2023.

Ultimately, the DAC plans to make its findings public, possibly in a toolkit so physicians who come into contact with patients can incorporate the findings into their own practices.