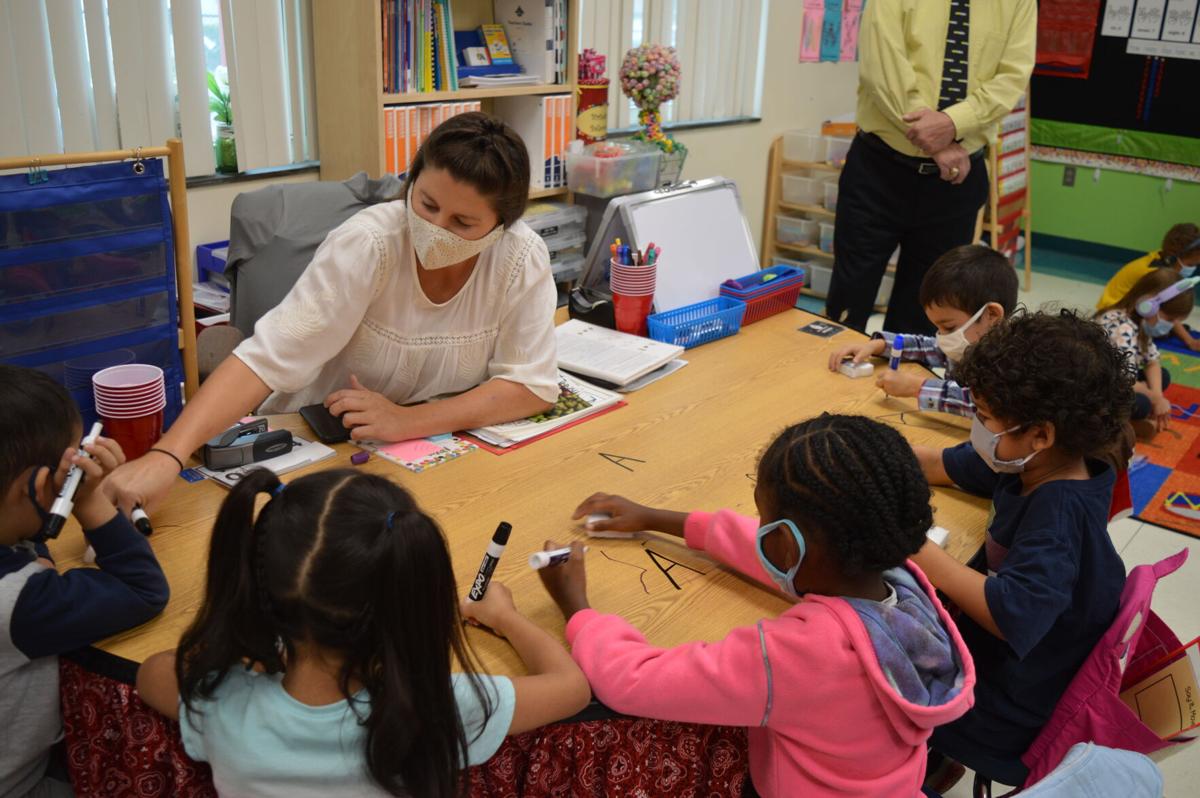 Jenna Sullivan, an elementary school teacher assistant at Park View, examines the letters of the alphabet with her kindergarten students. These students are in the Spanish Double Immersion Program and take courses in Spanish and English.

Park View Elementary teacher Tamara Bravo, from Chile, is one of six teachers hired by MGSD to teach Spanish to kindergarten or first grade students as part of the district’s double immersion program . 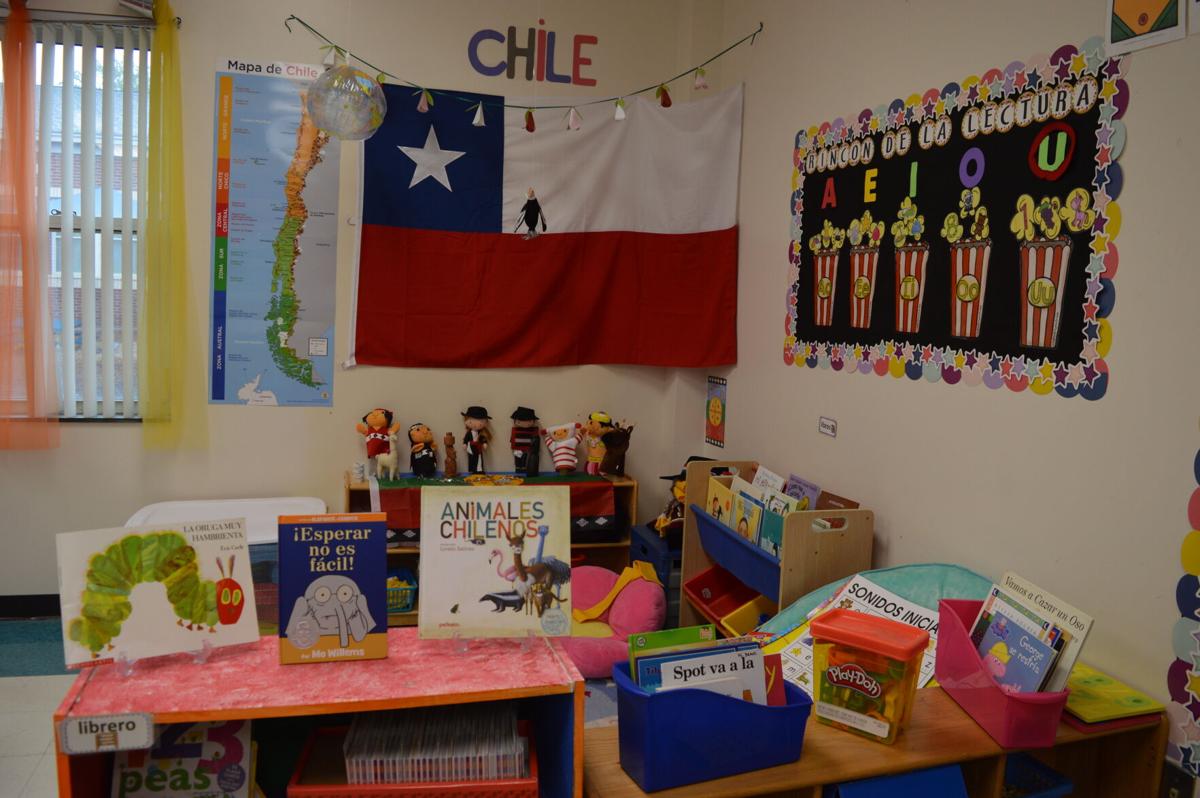 Park View Elementary teacher Lesly Rendon reviews Spanish vocabulary with her grade one class. Rendon’s class learns half the week in Spanish and the other half in English in MGSD’s double immersion program. 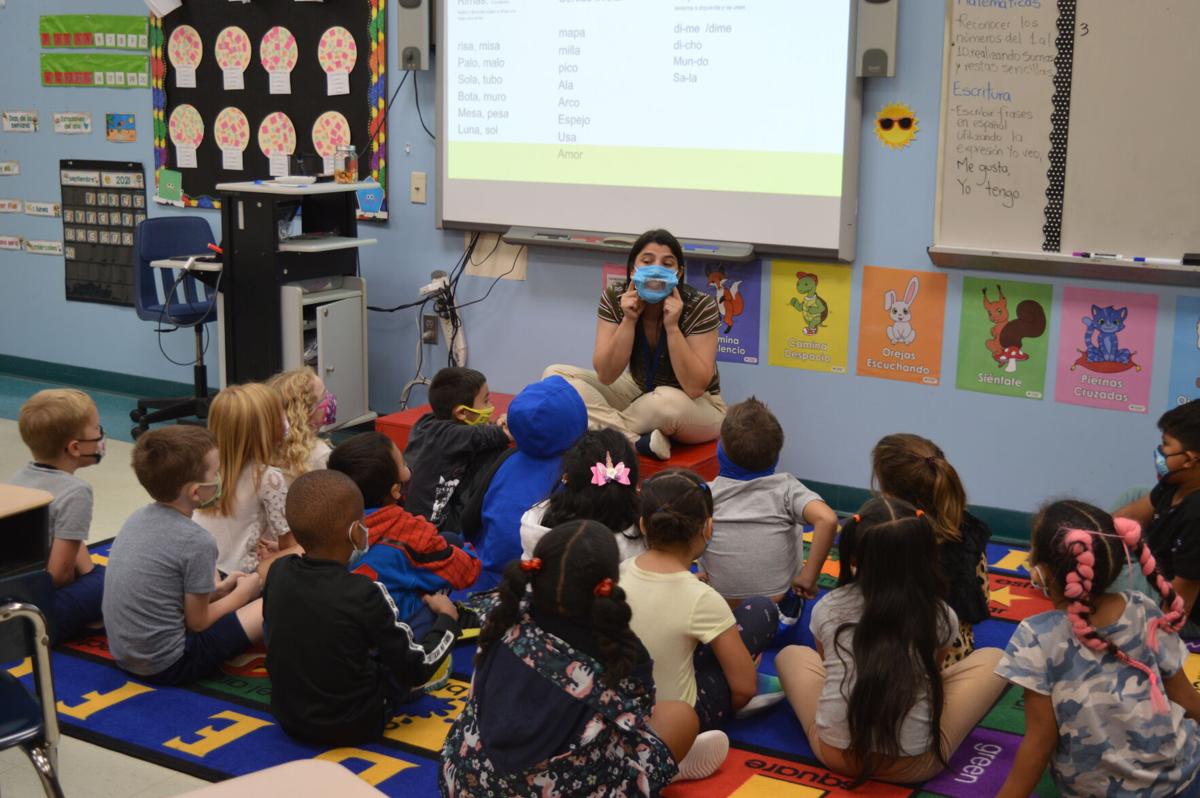 Park View Elementary teacher Lesly Rendon wears a see-through mask so her first graders can clearly see her lips as she reviews opposites and sounds in Spanish. The class is part of the district’s bilingual immersion program.

On a rainy Tuesday morning, Tamara Bravo’s kindergarten class at Park View Elementary School sat in a semicircle on a colorful mat gathered around their teacher. They enthusiastically identified the colors and answered questions about the weather and what clothing they might need – all traditional kindergarten programs.

There was a different thing about Bravo’s class, however. All her questions and all the students’ answers were in Spanish, in Spanish. Bravo students are among 242 preschools and elementary schools participating in a double immersion program in Spanish offered for the first time this school year at all three elementary schools in the Mooresville School District.

The first term of the academic year is not yet over, but the young students clearly understood Bravo’s prompts and questions even though she asked in a foreign language. Already his 5 and 6-year-old students can request to use the toilet entirely in Spanish, Bravo said. In the hallway of the first year of the school, students read and speak complete sentences in Spanish and English.

“Six weeks later, the progress they are making is just amazing,” said MGSD Superintendent Stephen Mauney during a tour of the Park View immersion class with several school board members.

The students were enrolled in the immersion program by their parents and then selected to participate in the program in a lottery organized before the start of school. Immersion students learn to speak, understand, read and write in Spanish and English two days a week, with Friday being a day shared between Spanish and English, said Jemma Conley, MGSD Elementary Program Coordinator .

Tips for choosing a Spanish school in Madrid