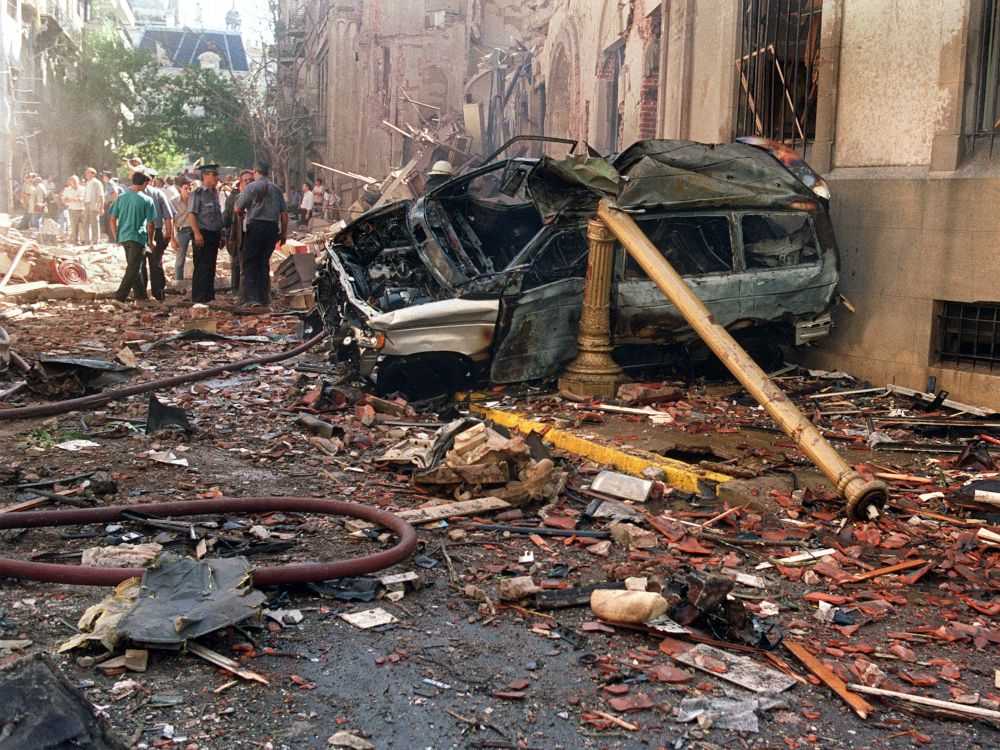 BUENOS AIRES — Iran has been committing and supporting heinous acts of terrorism in the Middle East and around the world for years. He is responsible for the war crimes committed in Syria, for supporting the hostility of Hamas and Hezbollah against Israel and for financing the war in Yemen. Iran shot down a Ukrainian airliner, killing 167 passengers, including many Canadians. He is also responsible for the horrific bombing of the Israeli embassy and a Jewish community center in Buenos Aires. Can you imagine an Iran equipped with nuclear weapons?

Thursday marked the 30th anniversary of the devastating attack on the Israeli embassy in Argentina. On that horrible day in 1992, 29 people were killed by the explosion and 242 were injured.

Argentina immediately severed diplomatic relations and severed ties with the Islamic Republic, accusing Iran of murdering Argentine nationals. Yet despite Argentina’s clear support for Israel and its Jewish community, the wounds and trauma of these terrorist attacks resonate deeply with the country’s Jewish population.

Argentina has issued five requests through Interpol for the extradition of suspected Iranian terrorists who have been identified as complicit in the attacks. Yet most Latin American Jewish community leaders who are currently in Argentina for meetings with the Latin Jewish Congress have expressed shock and dismay at the lack of progress in bringing the perpetrators to justice.

In fact, Argentina’s top Jewish leader, Jorge Knoblovits – who sits on the advisory board of the Abraham Global Peace Initiative and chairs the community’s umbrella organization, the Asociationes Israelitas Argentinas – fears that Iran is demanding immunity for his crimes, as part of the ongoing nuclear negotiations in Vienna.

By most accounts, the Argentine Jewish community is highly respected by the government. In a meeting I attended with Argentine President Alberto Fernández earlier this week, he spoke about the nation’s shared values ​​and the importance of its Jewish community. This sentiment was shared by several government officials I had the pleasure of meeting.

The Undersecretary for Human Rights and Cultural Pluralism of the City of Buenos Aires, Pamela Malewicz, told me that the city had instituted a law designating March 17 as the Day of Memory and Solidarity with the victims of the attack on the Israeli Embassy, ​​in order to raise awareness of the consequences of international terrorism and to promote peace. More importantly, the legislation is incorporated into the school calendar so that each year all students read a remembrance text of the attack on the Israeli embassy.

While terrorist attacks on Jewish institutions united the city, life hasn’t been the same since. Almost all of the Jewish buildings I visited, including the Macabi Jewish Community Center and the AMIA complex, are defended by huge concrete barriers. Every visitor must endure a complex system of entry security measures, which is often stricter than airport security. The doors to these buildings are all bulletproof and blast-proof heavy metal. Even the newly renovated Holocaust Museum is heavily guarded (imagine the sad irony).

As nuclear talks between the US, Britain, France, Germany, China, Russia and Iran continue in Vienna, the West must do everything possible to prevent Iran to acquire nuclear weapons. Russia’s assault on Ukraine illustrates how dangerous it is for the West to deal with genocidal regimes, especially when they fall under the protection of a nuclear umbrella.

Iran has a history of supporting terrorism and extremism throughout the Middle East and around the world and has threatened to wipe Israel off the map. Even as Iran sat opposite the United States at the negotiating table, it launched a ballistic missile attack on the city of Erbil in northern Iraq, which was described by Reuters as “an unprecedented assault on the capital of the autonomous Iraqi Kurdish region that appeared to be aimed at the United States and its allies.

This year, the anniversary of the bombing of the Israeli embassy in Argentina is more important than ever. Iranians may be sitting in beautifully tailored suits in posh Vienna hotels, creating an illusion of civility. But make no mistake: an Iran guided by religious fundamentalism and armed with a nuclear weapon is far more dangerous than even Russia.

So why do we make a pact with the devil?

Avi Benlolo is the founder and president of the Abraham Global Peace Initiative.

Sign up to receive the best daily stories from the National Post, a division of Postmedia Network Inc.

Thank you for your registration!

A welcome email is on its way. If you don’t see it, please check your spam folder.

The next issue of NP Posted will soon be in your inbox.

We encountered a problem during your registration. Try Again