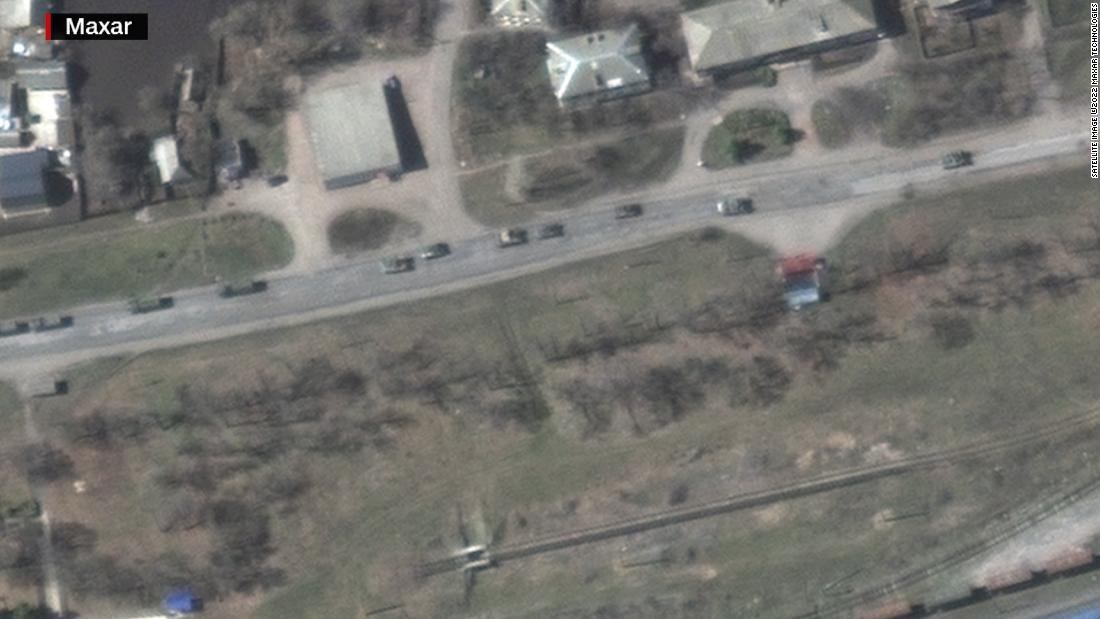 Austrian Chancellor says meeting with Putin was ‘not a friendly visit’

Pink Floyd guitarist David Gilmour joined CNN on Monday to explain why the band decided to record their first music in nearly 30 years – a song in support of Ukraine with the voice of a Ukrainian soldier.

The legendary rock band released new single “Hey Hey Rise Up” last week in support of the people of Ukraine, the band said in a statement. It’s the band’s first new music since 1994, and all proceeds will go to Ukrainian humanitarian aid, the statement added.

The song is performed by Gilmour and drummer Nick Mason, with bassist Guy Pratt and Nitin Sawhney on keyboards. The song features vocals from Andriy Khlyvnyuk of Ukrainian band Boombox. The band used audio of Khlyvnyuk singing in central kyiv, the Ukrainian capital, where they performed “a rousing Ukrainian protest song written during World War I that has been picked up around the world in the last month to protest against the Russian invasion.

Gilmour, who has a daughter-in-law and grandchildren from Ukraine, said in the statement that he was moved by Khlyvnyuk’s performance “in a kyiv square with this beautiful golden-domed church and… in the silence of a city without traffic or background noise because of the war.

On Monday, Gilmour told how his family members sent him the clip of Khlyvnyuk singing the song in the square.

“It’s just a very, very striking performance and of course the fact that it’s a cappella and there are no other instruments supporting it. So you can easily take it into the studio and do something about it,” he said.

Gilmour said at the time that he was “already very frustrated with my own inability to do much” for Ukraine. He called Russia’s attack on Ukraine “appalling”.

Gilmour said it was “a horrible thing that was happening in Ukraine” and that this song “seemed like a good thing to get to my feet that I could then make it into something that I hope was actively doing, a positive good.”

When asked if he could imagine the band doing a live performance with Khlyvnyuk in the future, Gilmour replied, “I definitely wouldn’t rule it out.”

“It would be great if we could make something like this work. And he’s very excited about the idea. I’ve spoken to him several times over the past three weeks,” he added.

Gilmour said one of those conversations he had with the singer, who is fighting in the war, happened when “he was in a hospital bed after being struck by shrapnel. mortar shells”.

“He was there with a big black eye, a bandage all over his face. The reality of what he’s going through, other people going through there, is just beyond what most of we can really understand or believe that it can happen in the world.”