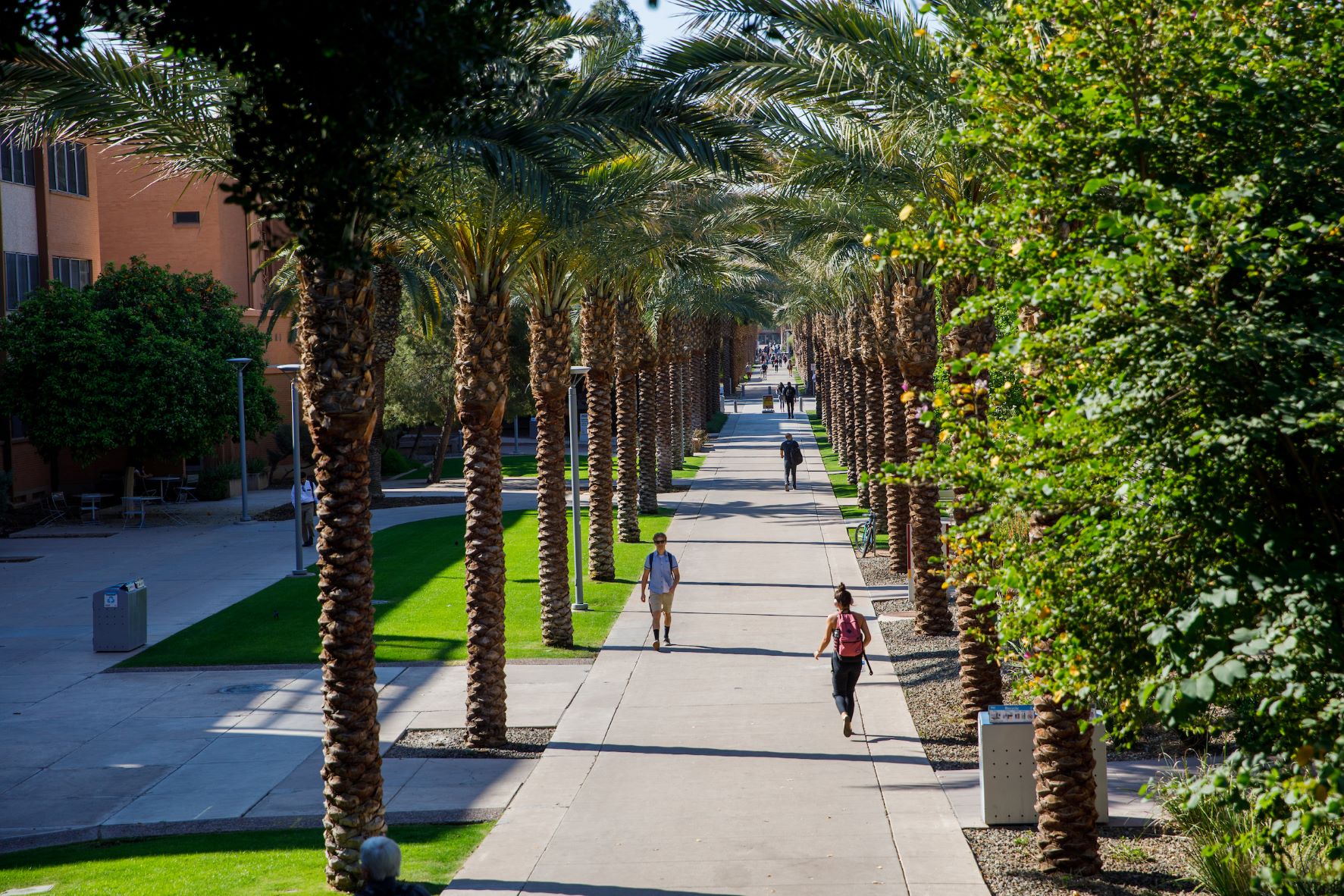 As part of its mission to expand access to higher education, Arizona State University sent “letters of acceptance” to more than 1,450 Phoenix high school students at the start of the school year to keep them on the right track and demystifying the university process.

Now, more than half of Phoenix Union High School District students who received the letters have applied to ASU and been officially accepted, according to Matthew Lopez, associate vice president of college business enrollment at ASU. and Executive Director of Admissions Services.

“What we were hoping would happen is a bit of behavioral psychology – that, ‘Hey, we got your back and you can do it’, and get that message out early,” he said.

Juniors and rising sophomores also received a letter stating the number of required courses they had taken and the number of courses required per senior year.

The students were thrilled, according to Thea Andrade, chief achievement officer for the Phoenix Union High School District, which has 22 high schools.

“It created a really good energy on campus for our seniors,” she said.

“Two of them said, ‘Whoa, is this real? Which is good – we want them to question. Now the next step in the process will come with more confidence through these letters.

Lopez said one of the purposes of the letters was to demystify college admissions.

“I have no interest in making it a scary, anxiety-inducing process,” he said.

“It was really good to hear students say, ‘Oh, it was such a relief to know I was going to college.’

“If we can get this into the hands of more young people, as well as family members, I think we’ll start to see some of the accomplishments that we need in this state.”

The increase in the number of Arizonans with a post-secondary education is important to the state’s economy, as nearly 70% of jobs require it, according to Education Forward Arizona.

Additionally, according to the Arizona Board of Regents’ 2021 Post-Secondary Education Attainment Report:

• In 2020, 46% of Arizona high school graduates enrolled in a two- or four-year degree program.

• Of students who pursue a four-year degree after graduating from an Arizona high school, about 68% choose one of the state’s three public universities.

• Based on current trends, only 17% of Arizona students will graduate within six years of high school.

Andrade said the Phoenix Union District has worked for many years to dispel two myths around the university:

“We’ve done a lot of work on affordability and need-based scholarships and working with the FAFSA, and we’ve made a lot of progress in the area of ​​’Can I afford it?'”

And they also worked with students to understand grade point averages, visit colleges, and untangle the process.

“It’s so that our children are as comfortable as they will be,” she said.

“The ASU letter was, for me, the icing on the cake of a long journey with many parts surrounding college culture.”

The acceptance letters were the latest action in a years-long initiative to increase college attendance in the Phoenix Union School District.

In 2018, Phoenix Union and ASU collaborated on a simple flyer that was sent to all ninth-graders, Lopez said.

“It was very non-technical in the initial iteration. The idea was to educate ninth graders about the admissions criteria,” he said.

One side was printed in English and the other in Spanish. Lopez made a video with district superintendent Chad Geston to build excitement around college readiness.

Students had access to resources such as ASU’s Me3 major and career planning platform, as well as scholarship and financial aid tools.

“The most important thing was to keep them on track,” he said.

ASU and the district continued to send out information to huge groups of students, but the game-changer in fall 2021 was the personalized nature of the acceptance letters, Lopez said.

“What really changed is that through a partnership with the Arizona Department of Education and the ASU-Helios Policy Center, we were able to use individual student data and tailor our letters to the ‘student,’ he said, noting that each student’s data stays with the district, not ASU.

ASU hopes to expand the initiative to other school districts.

And reaching out to middle school students is also important.

“One hope is to start letters with eighth graders, because what we have found is that with ninth grade, they are already almost a semester behind because they picked their ninth grade courses year before I received the letters,” he said.

“In eighth grade, they can really think, ‘I need to take math, English, science, etc.’ and some of them, especially a foreign language or mathematics, must be sequential.

“If you get lost in math, it’s hard to get back on track.”

“These letters sparked conversations in counselors’ offices and got kids asking the right questions to stay on track – ‘Do I need to learn a foreign language? “And they’re talking about it before it’s too late.

Andrade said not every student would choose to go to college right after high school.

“But that doesn’t change our mission,” she said.

“If someone decides to pursue a bachelor’s degree in their twenties, they’ll remember that ‘ASU wanted me. “”

Explanation: why there is a Y in Kiev, but no “le” in Ukraine