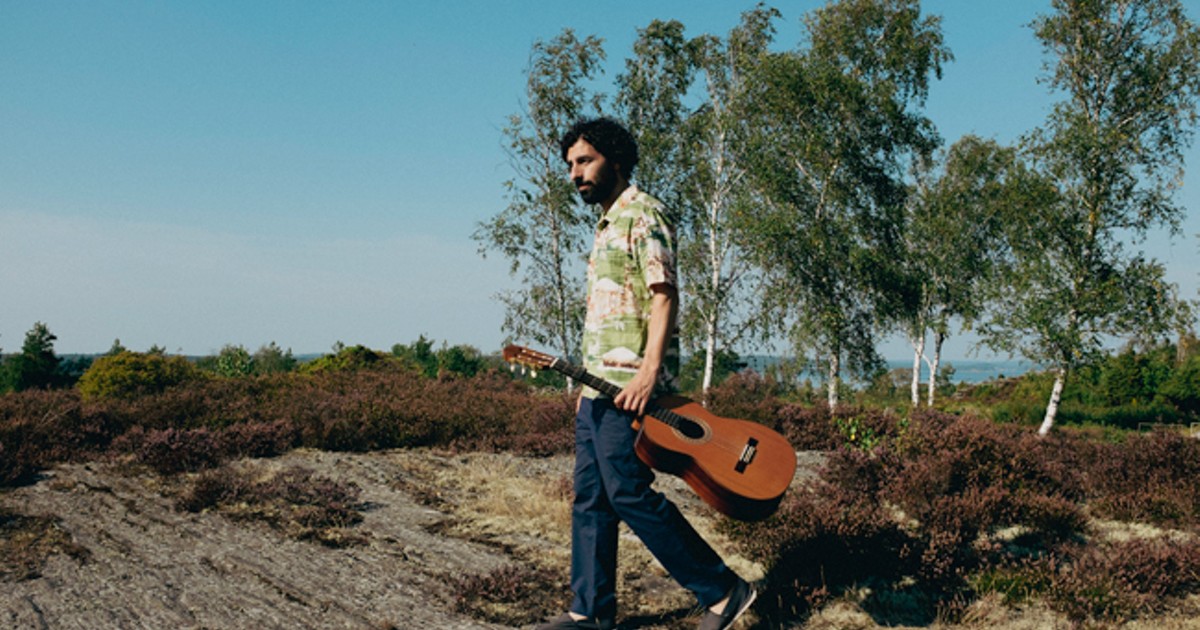 Psychologist John Haidt developed the “rider and elephant” behavioral model to show how humans have two different sides of thinking: the rider being more analytical using his justification; and the elephant that relies more on emotions and feelings to make choices. Singer-songwriter José González drew on this analogy a bit on his fourth album, both in sentiment and in the cover message. In the middle of the album cover is an elephant with a blackbird on its back, shining eyes emerging from the darkness as they reside in this moving and beautiful valley of Earth, drawn by his partner Hannele Fernström.

Titled “Local Valley,” the release last fall marks González’s fourth solo album, his first in six years and fourth in 18. Of the 13 tracks, González finds himself counting with his time and looking at a field wider. “It’s more outward looking than my previous work, but no less personal. On the contrary, I feel more comfortable than ever saying that this album reflects me and my thoughts right now,” says -he.

Internationally known for selling out shows all over the world due to his intricate and beautifully crafted acoustic works, you might even know his style from films such as “The Secret Life of Walter Mitty” or his song “Teardrop” which has starred in “The Last Dance” documentary series about Michael Jordan.

Central Oregon will host González this weekend at the Tower Theater, which is honestly a huge treat for the community. Learn more about González below in this artist fact sheet.

Where it comes from : González was born in Gothenburg, Sweden, a year after his parents fled Argentina following the Argentine coup of 1976. Before releasing solo material, González was busy playing in a variety of hardcore bands and alternative, like Back Against The Wall and more particularly, Junip, in which he still participates today. Before going solo, González was studying for his doctorate. in biochemistry at the University of Gothenburg, the same subject his mother studied before emigrating to Sweden. But after he began releasing songs, the attention he received prompted González to focus on biochemistry for music.

What to love: From his rhythmic, groovy spins on folk music that draw inspiration from dancehall and other genres, to his warm, inviting tone, González is able to say a lot in music-filled spaces. He has this special ability to translate emotion into sound, which is the purest form of music and song. Even with a softer voice, you can really feel that what González is saying is important. It grabs your attention and draws you in deeply. González often addresses important worldly topics in a unique way that is not told in the typical political sense we see used today. He is also an excellent finger maker, with highlights of skill filling his discography.

Random internet research fact: Last year, González told Paste Magazine that while he practiced he counted repetitions in Spanish but spoke to his children in Swedish, joking that it was like “programming the brains of reptiles”. . Spanish was his first language growing up and until this point in his career, González only wrote songs in English. But “Local Valley” marks the first use of each of its three languages: Swedish, Spanish and English.