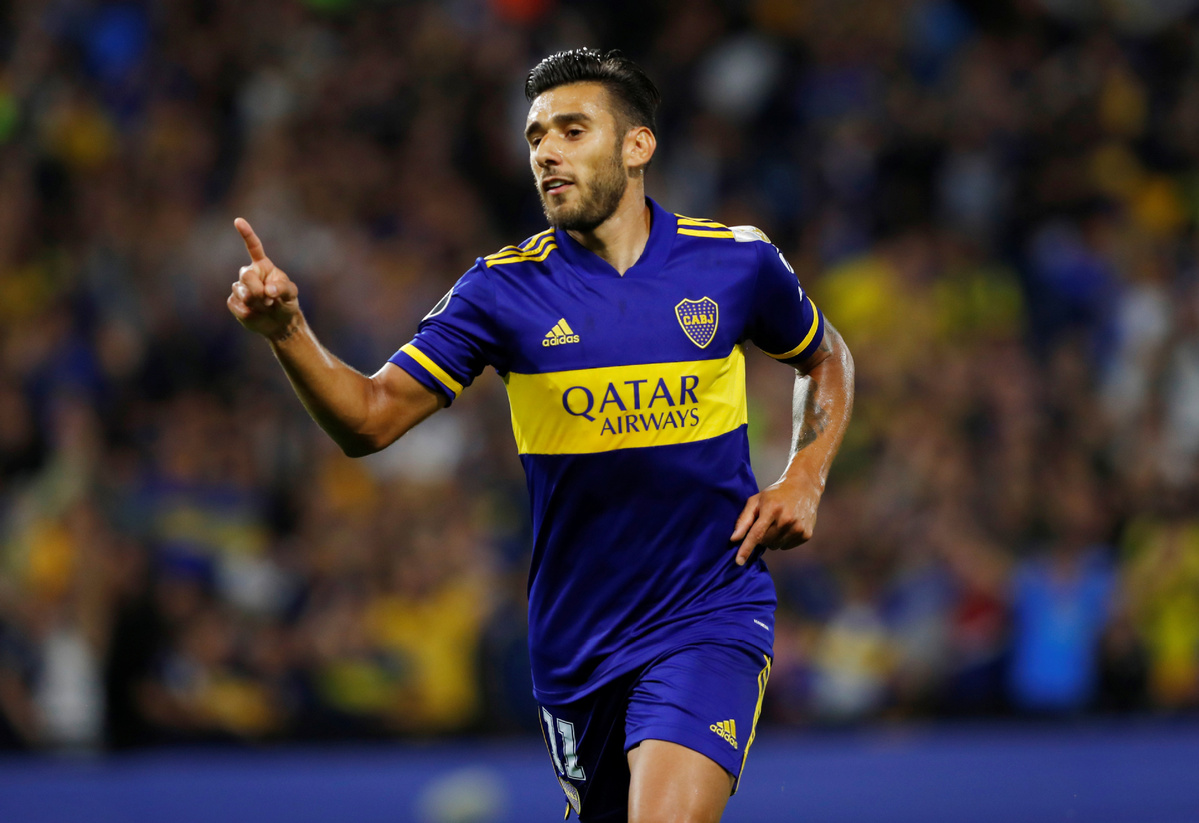 Former star of Atlético de Madrid Eduardo Salvio is now in legal trouble for running over his ex-wife, Magali Aravena. He is currently on the run from the police.

Salvio, 31, has played 14 times for the national football team. He currently represents Boca Juniors of Primera Division, based in the capital Buenos Aires since 2019.

The footballer who made his debut in 2008 for Lanus then moved to Atletico de Madrid in Spain and then Portugal to play for Benfica.

Eduardo Salvio, who took part in the 2018 World Cup in Russia, is seen walking away from police in CCTV footage that has surfaced on social media. Aravena alleged that she was standing in front of a black Mercedes Benz car with Salvio when the car drove forward and struck her right leg. Salvio was accompanied by another woman.

Salvio and Aravena recently separated after 10 years of marriage 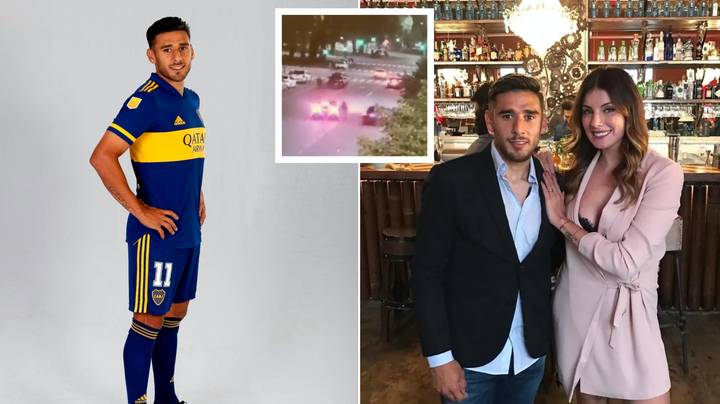 Salvio, who received 14 caps for Argentina, married Aravena over a decade ago in 2012 and they share two children together. The couple recently separated.

According to a source familiar with the investigation, “Prosecutors are working to gather evidence. Salvio will not escape the police. They learned what happened from the report his wife made. 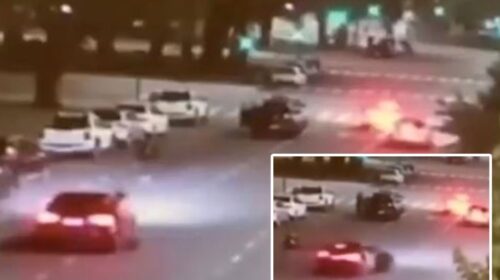 Law enforcement has ordered the vehicle immediately seized as details continue to emerge. There is no arrest warrant issued by the police at the time of writing this article.

Salvio fled from the scene immediately after the incident. Magali Avarena was rushed to a nearby hospital for treatment as she suffered injuries to her right leg. She then filed a complaint with the police accusing her ex-husband of “injuries in the context of gender violence”.

A police spokesperson said: “The woman went to speak with her husband, who was in his car with another woman. The suspect moved forward and struck Ms. Aravena.

Alberto Crescenti, head of the ambulance in Buenos Aires, said: “We were called by the city police and found a woman with trauma to her right leg. However, the injury was minor and she was not taken to hospital.

Police are looking for Boca winger Eduardo Salvio after this incident with his wife last night. Reports that Salvio left hitting his wife with the vehicle pic.twitter.com/YF8l3cWNho

Salvio’s lawyer confirmed his client will be available to law enforcement authorities ‘to prove his innocence’, and went further to defend him saying they have evidence he did nothing wrong .

Boca Juniors released a statement reaffirming the club’s commitment to gender and equality issues saying: “Salvio could face a ‘warning, suspension, dismissal and expulsion’, in line with club protocol. regarding inclusion and equality”.

In 2010, Salvio signed for Spanish giants Atletico and won two Europa League titles during his tenure with the club. He scored 10 goals in 69 games in all competitions.

After moving to his home country in 2019, he joined Boca Juniors. In the first season, Salvio won the league title and the Copa Argentina and scored 13 goals in 44 games in all competitions.

The police are now looking for the football ace without knowing where he is.

Stay in touch for the latest news!