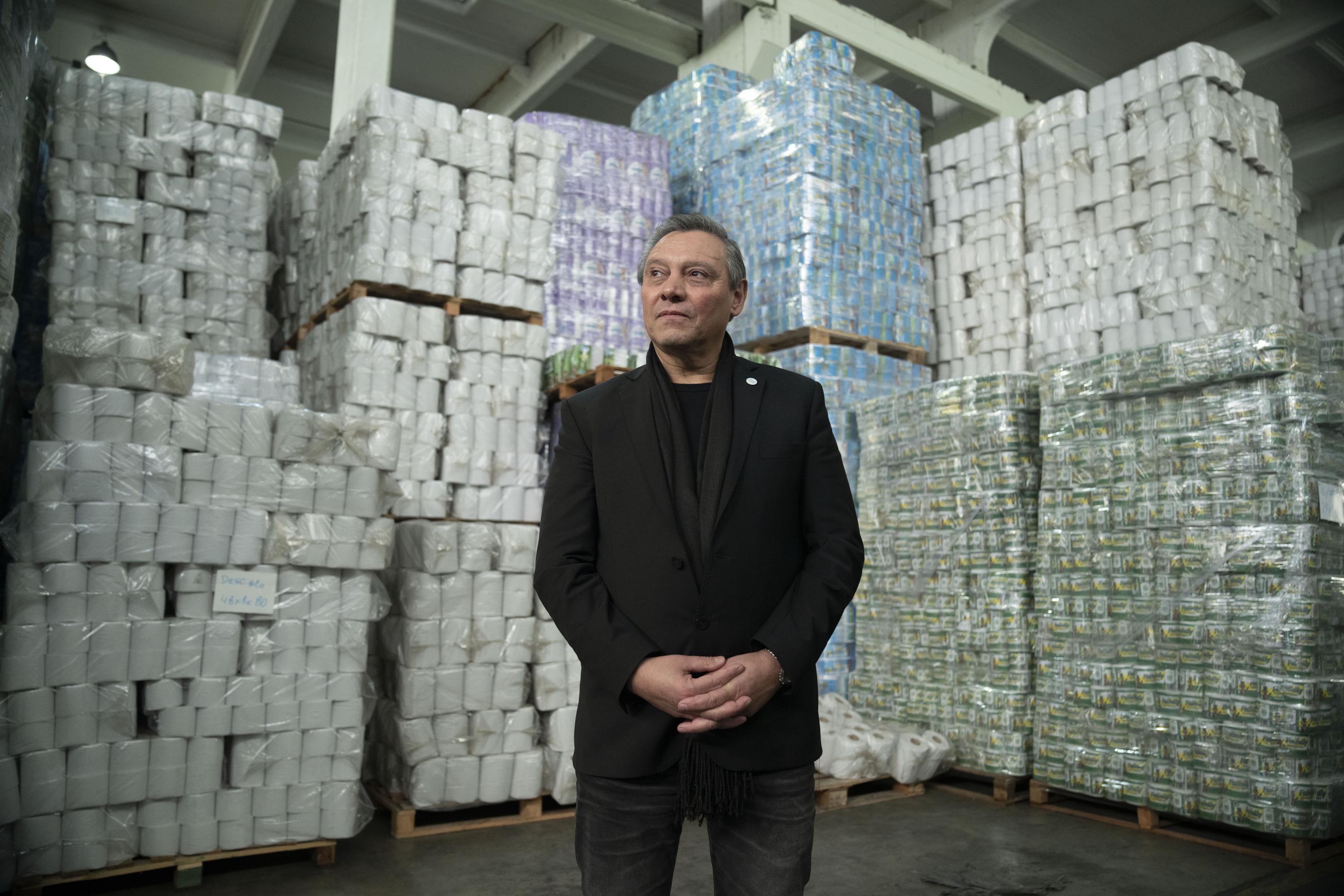 BUENOS AIRES, Argentina (AP) — Raul Amil has worked in the auto parts industry in Argentina for more than 25 years. He lived through many economic crises in a country notorious for its seemingly constant crashes. But he says what Argentina is going through now is unprecedented.

Amil is not alone.

Business leaders across Argentina are scrambling, trying to weather a new wave of import restrictions at a time when the government is trying to hold on to some precious hard currency reserves. The government is making it difficult to buy goods overseas and making it harder for businesses trying to maintain inventory, which some say could lead to shortages.

“Seeing the problems that exist today, it doesn’t take a genius to realize that sooner or later there will be problems,” Amil, who runs Ventalum, an aluminum auto parts maker which has 180 employees.

Juan Pablo Ravazzano, who heads the Argentine Chamber of Animal Nutrition Companies (CAENA), is one of many business leaders in Argentina who is counting the days until he says shortages will start to become a reality.

“If it continues like this, in 45 to 60 days we will have shortages of raw materials,” including amino acids, vitamins and minerals needed to make animal and pet food, Ravazzano warned.

Import restrictions are nothing new in Argentina, a country that has long suffered from a chronic shortage of hard currency, which has only worsened in recent months as pressure on the local peso mounts in a context of high inflation and soaring energy import costs.

Yet the government of President Alberto Fernández has further tightened the screws on imports recently as it struggles to meet Central Bank reserve requirements that are part of a recent agreement with the International Monetary Fund to restructure a $44 billion debt.

The tightening of import controls was one of Martín Guzmán’s last official acts before he resigned as economy minister on July 2, as tensions within the governing alliance flared into the open. .

His successor, Silvina Batakis, has pledged to continue the government’s economic plan as it faces many challenges, including trying to rein in one of the world’s highest inflation rates, which is rises to more than 60%, while the peso continues to depreciate financially. market in a context of strict capital controls.

“The Central Bank has no dollars. It doesn’t have them now because it has an exchange rate system that is unsustainable,” said Marcelo Elizondo, an economic analyst specializing in international trade and who heads the consultancy DNI.

Argentinians are so wary of their currency that they save in dollars, but the government has imposed strict restrictions on access to US currency. The official exchange rate is around half of what it costs to obtain dollars through financial market transactions.

“Restrictions are basically a way to prevent the exchange rate from rising so that it doesn’t affect the rate of inflation,” Elizondo said. “Obviously the economy is very affected.”

This means businesses must rely on the Central Bank for approval to purchase supplies essential to their operations.

“The Central Bank has the power to decide who will import and who will not … and that is not normal,” said Daniel Rosato, the president of Rosato, which manufactures toilet paper and paper towels in the province. from Buenos Aires. “If this is not resolved quickly, it will generate shortages, productivity problems, businesses that will have to stop for lack of supply.”

The government has vehemently denied that shortages are a widespread problem, although it has acknowledged that there may be instances where certain products are difficult to obtain.

“There may be isolated cases of missing products in certain departments,” said Gabriela Cerruti, the presidential spokeswoman, during a press conference on Thursday. “But there are no huge missing product situations anywhere or any circumstances that would lead us to think … of shortages.”

Business leaders often find import blocks particularly frustrating because they can prevent manufacturers from operating at full capacity and generating exactly the kind of dollars and jobs the country needs.

“The manufacturing sector emerged from the pandemic in a good position, with growth of 10%. But these restrictive measures due to the lack of hard currency can lead to lower growth,” said Alejandro Bartalini, the owner of Metalcrom, which manufactures parts for the agricultural and oil sectors. “Today, we are operating at 80, 90% of our production capacity.”

Amil, who runs the auto parts business, says “the saddest thing about this situation is that the demand is there” and the sector exports the majority of its production.

“This year we thought we were going to grow 20%, but now there’s a big question mark because of these restrictions,” he said. “It’s a crisis of supply, not demand.”

Martín Cabrales, vice president of the Cabrales coffee company, says he has never seen this level of restrictions on imports in the more than 20 years he has been involved in the family business which has long relied on l purchase of equipment abroad because Argentina is not a producing coffee.

“The most serious thing here is that they limit the raw material, coffee is a raw material,” he said. “We believe the government needs to prioritize raw materials so that manufacturing doesn’t stop.”

Cabrales says that with its restrictions, the government ignores global market dynamics because it provides quotas to access the official dollar market based on what a company imported last year in dollars. But the international price of coffee has more than doubled in the last year and a half.

Cabrales is optimistic that the problem “will be solved” eventually “but in the meantime there could be shortages”.

Amid worries about supplies, some are trying to see the positive side of the restrictions.

Sergio Asato, owner of Japanese restaurant Social Sushi Izkaya, said that with the prices of imported salmon, which is by far the most popular fish for sushi here, having nearly doubled recently, this is the perfect opportunity for Argentinians expand their palate.

“We try to help people know all the varieties we have in the Argentine sea,” Asato said. “It’s an opportunity, if there are no salmon, we can start working on advertising other species.”

Studies: France is a melting pot but discrimination lurks