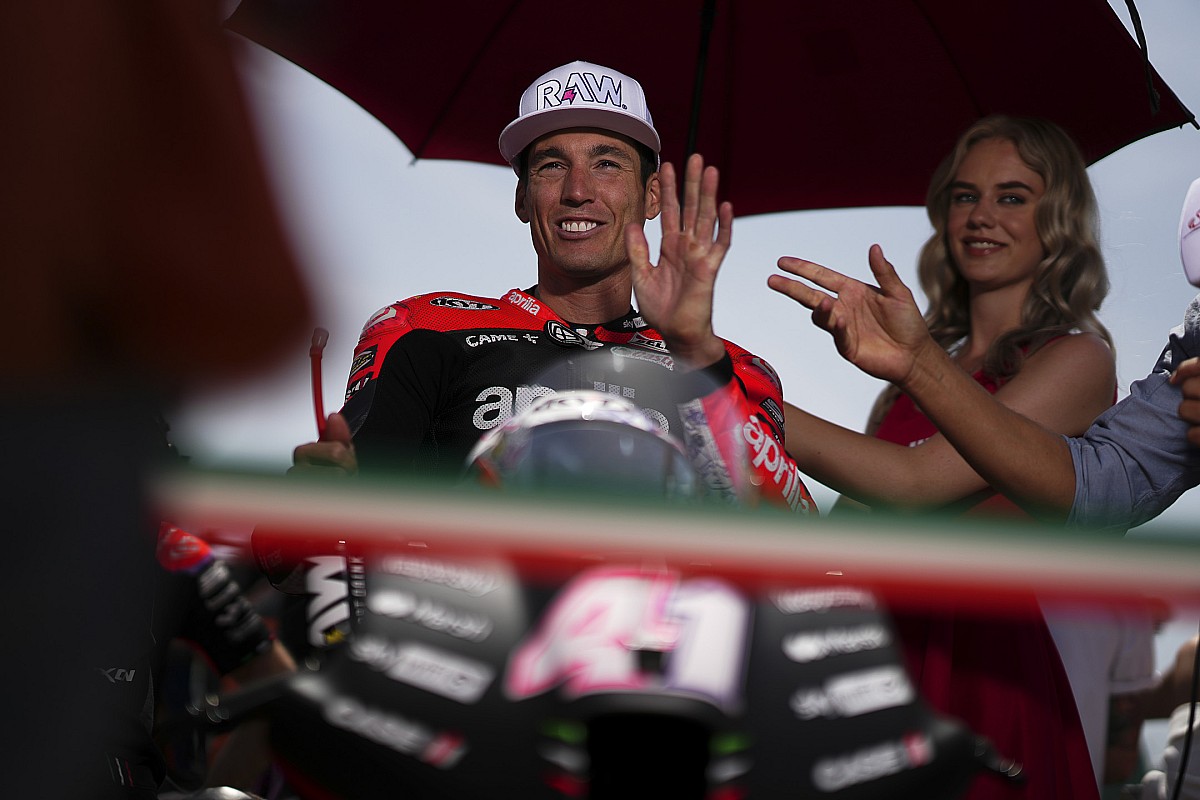 The veteran Spaniard is now just seven points behind Fabio Quartararo, second in the standings after finishing third in the Spanish Grand Prix last weekend after beating Jack Miller and Marc Marquez late in the race.

He scored the first consecutive podium of his MotoGP career after his third in Portugal, and follows his historic victory in Argentina.

Espargaro admits he’s “missing” something on the Aprilia to match Quartararo, but thinks Aprilia are firmly in the championship hunt at this point.

“I won’t wake up until Valencia,” he replied when asked if he was living a dream.

“I started dreaming in Qatar, and I will try to keep my feet on the ground. But it’s real, it’s real.

“We are doing a great job. You should know that for the moment the feeling I have, with Fabio we don’t really have his speed.

“We’re missing something – not so much, because today I think if I wasn’t stuck behind Jack [Miller] and Mark [Marquez] I would have been very close to them [Quartararo and Francesco Bagnaia].

“I missed something, so the key this year will be consistency, not making mistakes, being there.

“We have made almost 33% of the championship and we are only seven points behind him.”

Espargaro’s podium at Jerez means Aprilia has lost the results-based concessions it has raced with since returning to MotoGP in 2015.

This means Aprilia can no longer test in-season with its racing drivers and will see its engine allocation reduced from nine to seven from 2023, and will not be able to freely develop engines and aerodynamics next season.

While Espargaro says it will make life “stressful” for Aprilia engineers, he thinks losing the concessions – something he never liked anyway – is “fair” given current performance. of the RS-GP.

“I think if we’re in race six and we’re seven points off the leader, the bike works well,” added Espargaro.

“It’s just losing the concessions. It is right to fight with them with the same weapons.

“I have great faith in the Aprilia engineers and I know that at Noale they will be a little more stressed.

“I’m not really stressed. The most difficult thing was to reach the level reached. The motor will have to last a bit longer, but I think they will.

Officials grapple with bullying and fights at Baltimore County schools