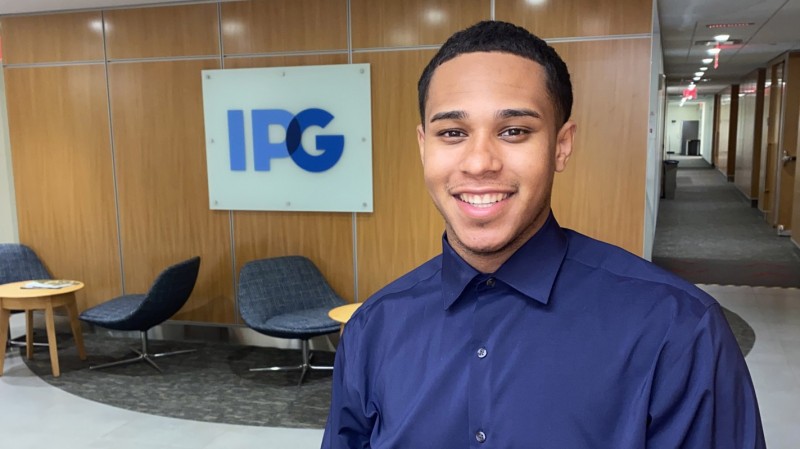 “In law, you first learn by watching rather than doing,” Joshua Wurtzel ’10 explained.

He should know; the Binghamton University alumnus is a partner at the New York law firm Schlam Stone & Dolan, as well as a member of the steering committee of the Harpur Law Council.

Opportunities to watch and learn aren’t plentiful for practicing associates, which is why articling is essential for aspiring lawyers, especially when starting out. Launching in the summer of 2022, the Law Council’s new private sector articling program provides students with these essential experiences during their junior and senior years, and the opportunity to network and make connections.

During the 10-week internship, students engaged in a wide range of tasks and opportunities, ranging from observing court conferences, client meetings, team strategy calls and depositions, to communicating with the court about scheduling and other logistical matters, reviewing court documents, assisting paralegals and even interviewing people involved in cases.

“Until now, my life has been the University. But here the people I interacted with were paralegals and lawyers with so much experience and a different perspective,” Schoenwald said, adding that the internship helped her solidify her intentions to go to college. right.

Outside the comfort zone

Ex-lawyers often have their own internships in Binghamton to draw on; participating lawyers seek to provide similar experiences for the next generation of students.

Although now a civil litigator, Wurtzel articled with the Broome County Attorney’s Office while attending school in Binghamton. Today’s private sector internship program was not available at the time, but he would have appreciated the opportunity if it was, he said.

Law firms also benefit from hosting smart and enthusiastic students, and not just in terms of the work they provide. Prior to the official start of the private sector law internship program, Wurtzel hosted an intern from Binghamton last summer, who ended up working for the firm over the winter break and this summer as well.

Former interns can also be hired as paralegals once they graduate from Binghamton, as was the case with Solano, who currently works for Russo and Gould LLP, thanks to the connections he made during his internship.

When he arrived in Binghamton, Solano originally intended to become a doctor, but his interests changed. In first year, he knew he wanted to be a lawyer.

The internship was a first step towards achieving that goal, he said. At IPG, he learned not only the laws relating to advertising and marketing, but also the general skills of the professional world.

“I learned to step out of my comfort zone to do things I didn’t know before the internship and to network,” he said. “The program was very revealing and informative, and the people at IPG are great. They are ready to help you in any way they can during your internship, and even afterwards. I would recommend this internship to anyone pursuing a degree in law, marketing and advertising. »

Schoenwald plans to make the most of his senior year at Binghamton and take a year off before applying to law school. Although she has found that law requires a heavy load of research, writing and collaboration, it offers significant personal rewards, she said.

One of the company’s victories for which she was interned involved the release of a prisoner, she said.

“Today you might feel like you’re poring over legal papers, but tomorrow someone is going home to their family,” she said. “Nothing can compare to the real experience of being in the office and seeing what it’s like. It’s just very different from a classroom environment.