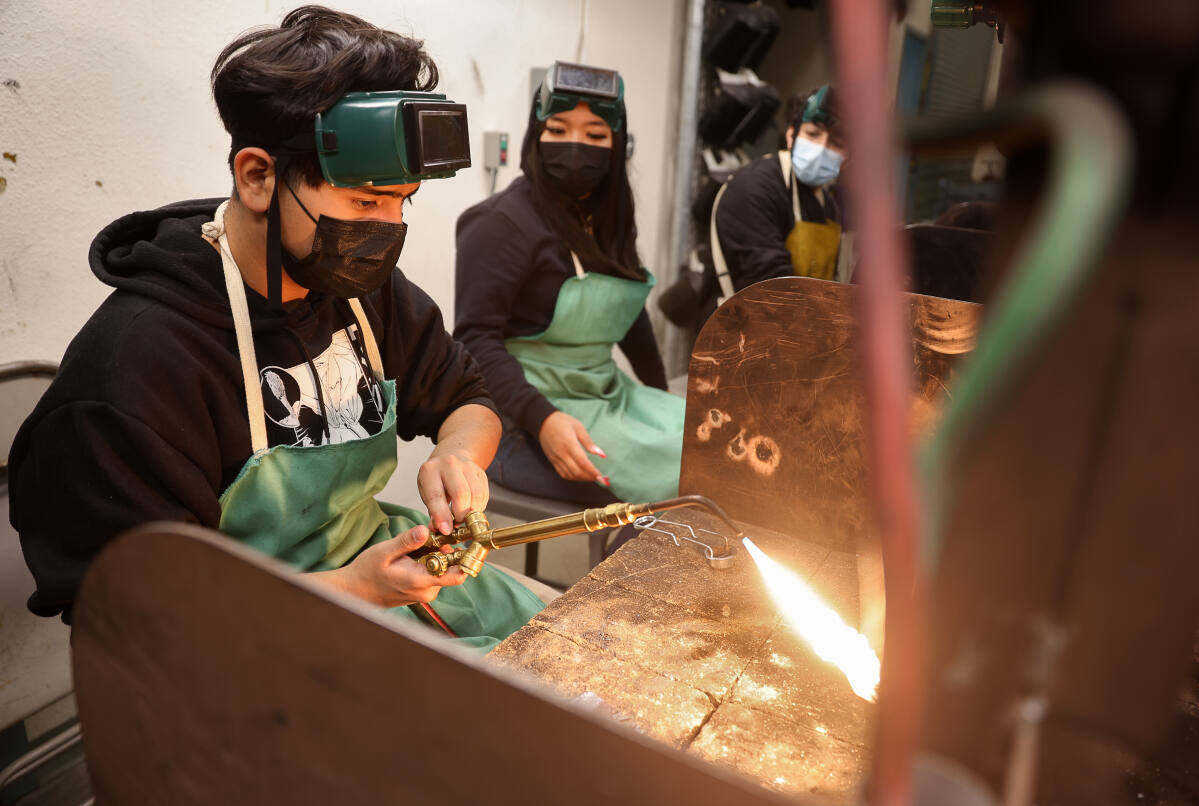 Amid the pandemic, Sonoma County’s high school graduation rate has increased, but disparities have also widened

Gabe Albavera, principal of Elsie Allen High School, shared some of the challenges his students have faced during the pandemic, from exposure to disease to difficulty accessing reliable internet and even pressure from work to help support their families.

“Many were. hit hard,” he said. Many “were concerned about their health, both physical and mental.”

As hybrid learning approaches in the spring, and especially during the current school year, Albavera said, her staff have been working to provide a sense of normalcy, even as the pandemic continues to take a heavy toll. tribute to students and school communities.

The crisis was far from over when the California Department of Education released data in early January on graduation rates, chronic absenteeism and assessments from last spring.

School officials are facing a deluge of requests during the new academic session amid a surge of COVID cases linked to the omicron variant.

Keeping schools open and functioning has been the top priority, more so than diving into last year’s data, officials said.

“We had to act quickly on the data we need to make immediate decisions,” said Santa Rosa City Schools Superintendent Anna Trunnell, such as student and staff absences.

By mid-January, she said, her district was “preparing to start these discussions” on academic indicators.

Educators typically point to graduation as a “lagging” indicator — because it conveys information about the end of a student’s public school career, giving the district no other chance to change the outcome.

“I think what people have come to over the last two years is really seeing the need for data closer to the student experience, the day-to-day lived experience, rather than wait for graduation rates to be released,” said Jennie Snyder, assistant superintendent of educational services for the Sonoma County Office of Education.

Still, the data offers insight into school districts’ abilities to get students to an important academic benchmark that can have lifelong implications for their earning capacity, health, and well-being.

Districtwide, 80.4% of Santa Rosa seniors graduated in 2021. The rate is lower than the county and state, and several other local school districts also achieved higher rates.

“We would definitely like to see our graduation rates higher,” Trunnell said. “That’s always our goal.”

Mayra Perez, superintendent of Cotati-Rohnert Park Unified, said she was both pleased with the district’s numbers but wanted to see more growth.

She and other district officials touted the decision they made last year at Rancho Cotate High School to move to a new schedule during distance learning. Instead of six periods, the school reduced to four periods per day each semester. Students said they felt they could concentrate more with fewer periods per day, enough that the school decided to stick with the schedule change this year.

“We didn’t have to change our graduation requirements in any way,” Perez said. “The program was the one that supported the students.”

Santa Rosa was one of the few local school districts that changed its graduation requirements last year, reducing the credits needed to the state minimum. Trustees and board members who endorsed the change said the move was necessary amid a sharp rise in failing grades among seniors.

The California Legislature also granted some leniency to students through Assembly Bill 104, which, among other things, allowed them to ask their school districts to change low grades to pass/fail grades. success. The purpose of this bill was to help more students meet college graduation and admission requirements, as well as retain financial aid that may have a GPA requirement.

For students in Sonoma County, the pandemic came on the heels of a four-year period marked by repeated disruptions — fires, power outages and floods — that led to many seniors missing, on average, 18 days from school during their time in high school.

Buenos Aires collectives: the struggle for subsidies behind the transfer