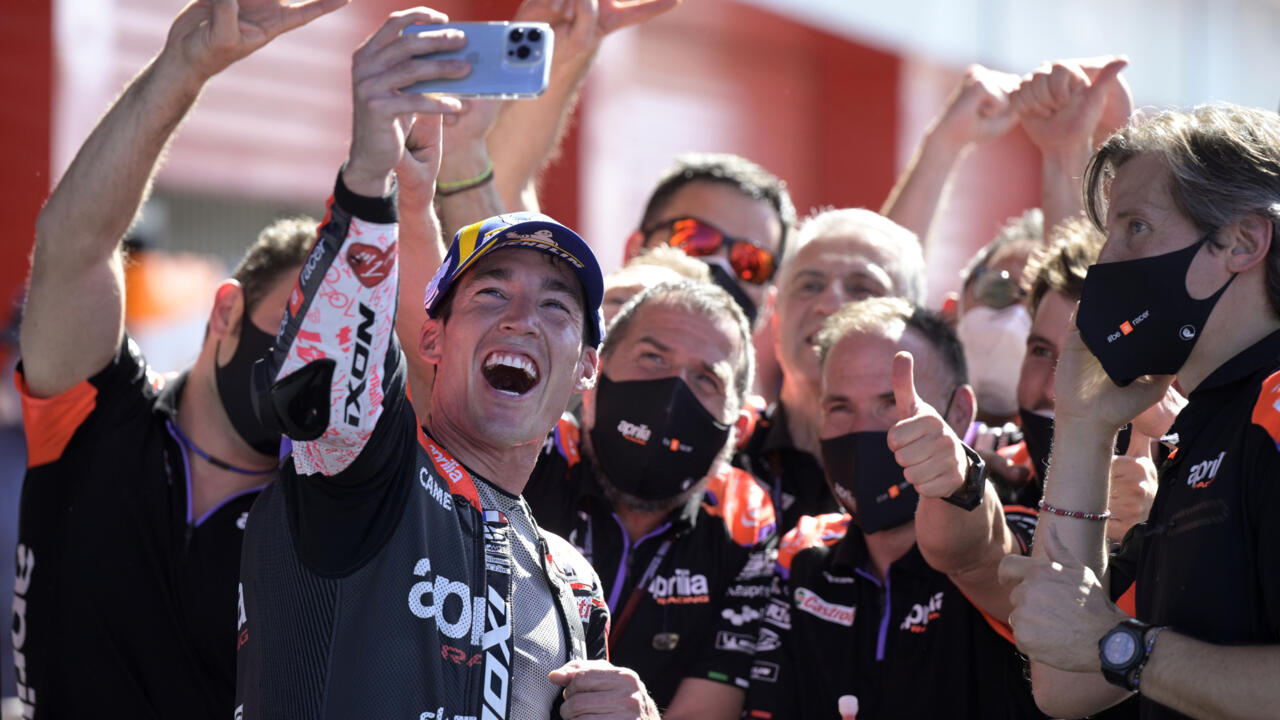 Termas de Río Hondo (Argentina) (AFP) – Spaniard Aleix Espargaro won the first MotoGP race of his career in Argentina on Sunday for his 200th start in the sport’s premier class.

Jorge Martin, on a Ducati-Pramac, and Alex Rins of Suzuki made it an all-Spanish podium.

Espargaro started from pole, his first since Suzuki’s days seven years ago at the Catalunya Grand Prix in Barcelona, ​​but Martin immediately passed him.

The 24-year-old Martin, chasing his second MotoGP victory after the 2021 Styrian Grand Prix, held off his compatriot for much of the 25-lap race.

Espargaro passed twice, to run wide. However, he proved to be lucky a third time when he made another daring pass to finally stick on lap 18, comfortably holding the lead until the flag.

Defending world champion Fabio Quartararo of France was only eighth on the factory Yamaha.

Another Spaniard, Joan Mir, finished fourth on a Suzuki ahead of the Italian Francesco Bagnaia, vice-champion in 2021, driving a Ducati.

Nine different riders have finished on the podium in the first three races of the season, but it’s Espargaro who leads the way with a seven-point lead in the standings over South African KTM’s Brad Binder.

The fourth round of the championship will take place next weekend with the United States Grand Prix in Austin, Texas.

Celestino Vietti won the Moto2 race for his second victory this season after also triumphing in Qatar.

Vietti, who drives for Valentino Rossi’s VR46 Racing Team, now has a 21-point lead in the standings.

The Hondas of Somkiat Chantra, winner in Indonesia last time, and Ai Ogura complete the podium.

Pole sitter Fermin Aldeguer, a candidate to become the youngest Moto2 race winner at 16, crashed after contact with Vietti.

It was desperate luck for Aldeguer who had set a new lap record in the warm-up earlier on Sunday.

In Moto3, Sergio Garcia, who started from pole position, took victory despite his third place at the start of the last lap.

The Aspar rider passed Dennis Foggia and teammate Tatsuki Suzuki to take his first win of the season and take the championship lead after three rounds.

Ayumu Sasaki completed the podium despite a long lap penalty.

Lighting up the future of schoolgirls in Vietnam