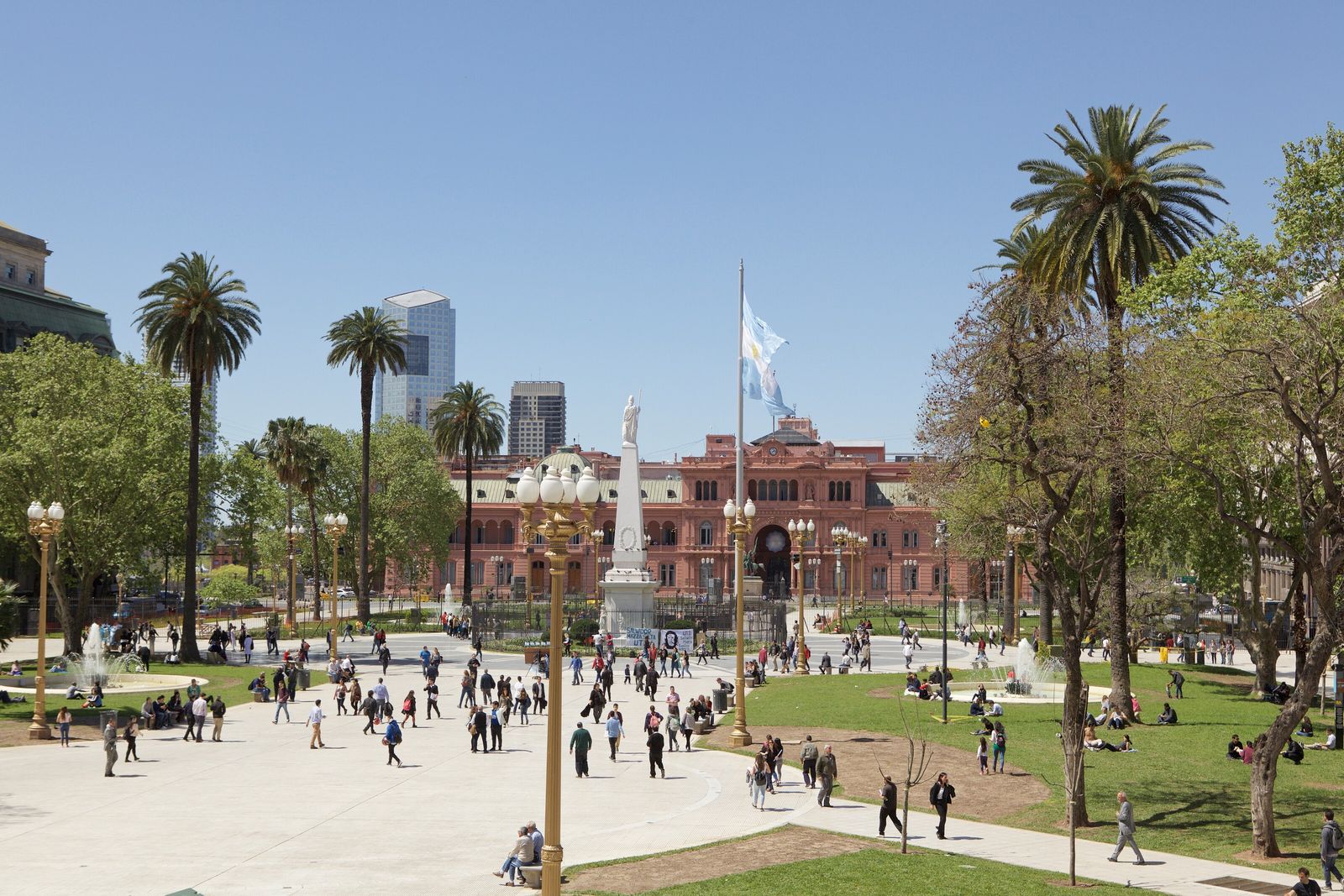 Eight things to do in Buenos Aires

1. Xul Solar Museum: Built in 1993 to celebrate Argentinian artist Xul Solar, this museum contains his former apartment and a library of 3,500 books. The brutalist design and labyrinthine layout of the building were inspired by his mystical works, which included invented languages, tarot decks, and experimental instruments, and are fascinating to explore.

2. Martín García Island: A tour of this nature reserve includes the scenic Tigre Delta en route, accessible via a two-and-a-quarter-hour catamaran service from the Estación Fluvial river port in Tigre. During your stay, visit the traditional bakery, famous for its pan dulce (a panettone-style cake of Italian origin) and stroll through the ruins of the prison where former Argentine President Juan Perón was held in 1945. Sturla Viajes offers guided day trips to the island. To stay longer, book in the island campsite or in a simple youth hostel.

3. Confiterie del Molino: One of the city’s finest examples of Art Nouveau architecture, dating back to 1916, Café Confitería del Molino has been painstakingly restored over the past three years. Its iconic café, with its large stained-glass windows and marble pillars, is slated to reopen in 2022.

4. Belgrano R English Quarter: Buenos Aires‘ English quarter, Belgrano R, is characterized by late 19th-century mansions and cobbled streets, making it ideal for a leisurely stroll. Originally inhabited by British nationals working in railway construction, it is now an upscale residential area dotted with embassies. Avenida Melián, with its canopy of tipas and dappled sunlight, easily wins the award for the most photogenic street in town.

5. Villa Crespo arts district: When the hallowed Ruth Benzacar Gallery made the bold decision to move from the established downtown arts district to a converted warehouse at Villa Crespo in 2014, other galleries quickly followed suit. Nora Fisch, La Ira de Dios, Gachi Prieto, Hache and Pabellón 4 are some of the key spaces to visit in the now bustling post-industrial district. Don’t miss the next edition of Gallery Days, an afternoon of tours, open workshops and performances.

7. The Republic of Los Niños: This 130-acre children’s theme park was designed by the Eva Perón Foundation and opened in 1951. It is believed to have inspired Disneyland; allegedly, Walt Disney noted the chocolate boxed houses and turreted buildings when it first opened, although it is more likely that he saw the plans during a visit in the 1940s. The “Republic” des enfants ”is essentially a rainbow-colored model city, with a child-friendly parliament, courthouse, church, theater, restaurants and even an airport.

8. Centennial Park: Built in 1910 to celebrate the centenary of the revolution that started Argentina’s War of Independence, this landscaped pleasure plot is an appetizer of Porteño life, best experienced on weekends when you can browse the stalls. second-hand books and the bustling flea market. Located on the perimeter, the ornate building of the Bernardino Rivadavia Natural Science Museum is home to amazing regional dinosaur finds, while architecture enthusiasts will appreciate the Brutalist Naval Hospital, designed to resemble a ship.