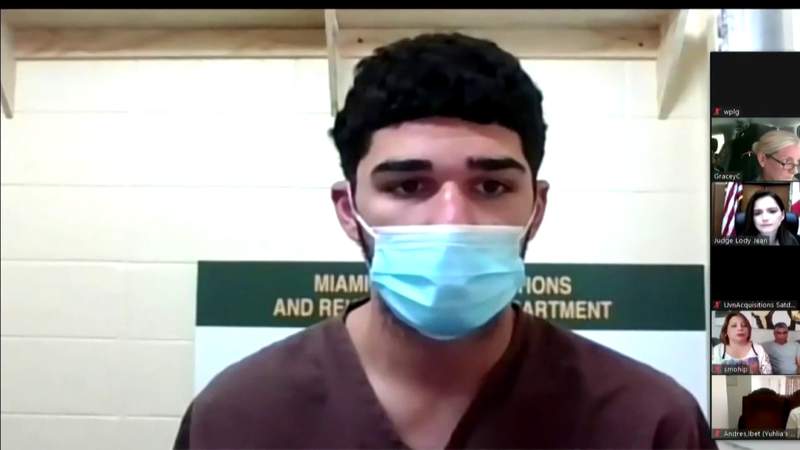 MIAMI-DADE COUNTY, Florida – Miami-Dade Circuit Judge Lody Jean is due to decide on Wednesday whether she will grant bail to the teenager who faces charges as an adult in a fatal DUI crash.

Alex Garcia, 16, is accused of causing the death of Yuhlia Gelats Medina, 21; her boyfriend, Christian Mohip, 22; and their two friends, Andres Zacarías, 21, and Jenser Salazar, 21. He is also accused of having injured the two teenagers who were his passengers.

According to the Florida Highway Patrol, the teenager’s mother said he gave Garcia the keys to his Chevrolet Tahoe because he told her he was going to sit in the car and listen to some music, but he did not have his permission to leave. Garcia, who had a learner’s permit, then crashed into a Hyundai Elantra, police said.

After the New Years crash at the intersection of 79th Avenue and Flagler Street, Alex surrendered to the FHP soldiers on March 29. Brian Kirlew, Garcia’s defense attorney, continues to challenge the reliability of the prosecution’s evidence to support the DUI.

During the virtual hearing, Genevieve Valle, the prosecutor in charge of the case, said the toxicology report showed Garcia was both high and drunk during the fatal crash. There is evidence that Garcia was accelerating before the crash.

“The state has failed to prove in this court that there is a substantial likelihood of impaired driving,” Kirlew said, adding: “There is no evidence of when the marijuana was in its system… This does not prove that this person was driving under the influence.The speed proves that they were driving recklessly.

Jean disagreed with Kirlew and sided with Valle during the first part of the hearing.

Earlier this month, Miami-Dade Circuit Judge Mindy Glazer also disagreed with Kirlew’s stance on DUI evidence. Glazer ruled that there was one probable cause for all four counts of driving homicide, four counts of manslaughter and two counts of serious injury with impaired driving. 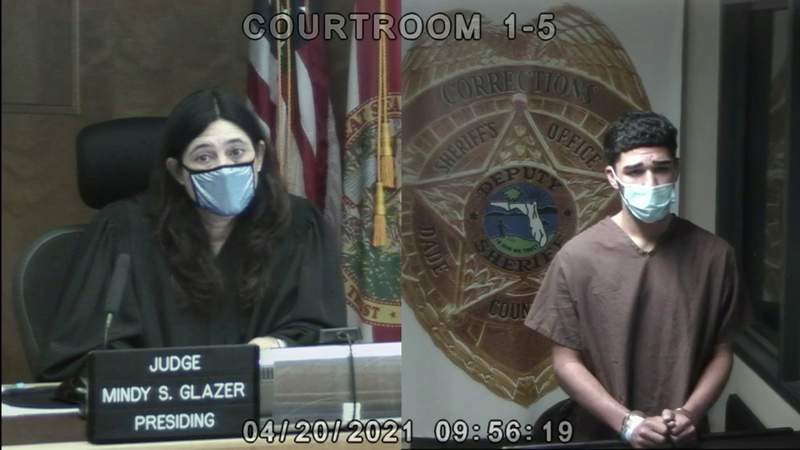 MIAMI-DADE COUNTY, Florida – The teenager accused of causing a fatal accident while driving under the influence of alcohol and marijuana appeared in Miami-Dade County Court Tuesday.

After the New Year’s Eve crash at the intersection of 79th Avenue and Flagler Street, Garcia surrendered to the soldiers of the Florida Highway Patrol on March 29.

“At this stage of the case, they have no probable cause of manslaughter,” said Brian Kirlew, Garcia’s attorney.

Miami-Dade Circuit Judge Mindy Glazer disagreed. She said there was probable cause for all four counts of driving homicide, four counts of manslaughter and two counts of serious bodily injury with impaired driving.

Miami-Dade prosecutors announced Monday they are indicting him as an adult. FHP soldiers said Garcia was driving a Chevy Tahoe at 111 mph before crashing into a Hyundai Elantra. The two teenagers who were traveling with Garcia in the Chevy Tahoe were injured.

“He seriously injured the two 16-year-old passengers who occupied his vehicle, including a man who remained in intensive care until recently and who has a permanent leak in his head for the cerebrospinal fluid he suffered in part of a head trauma. said, Genevieve Valle, the prosecutor in the case.

Gelats, who was sober because she was the designated driver, was driving the Hyundai Elantra and Mobil, Zacarias and Salazar were the passengers, according to the FHP.

Glazer allowed relatives of the victims to speak at the hearing. Andres Medina said he installed a memorial where the fatal accident occurred and that vandals damaged it twice.

“We were tortured by, I guess, Alex’s friends or family members, I don’t know who,” Medina told the judge.

Glazer has ruled that Garcia will be held without bail.

“My daughter was about to graduate from the CRF and we’re really hurt by that and we know there’s nothing to bring her back, but it’s really, it’s really hard for us to see him walk, “Medina said in court.